The Basque Government will present its candidacy to Google to become the first administration, after the Obama administration, to employ its new application for the reuse of public data 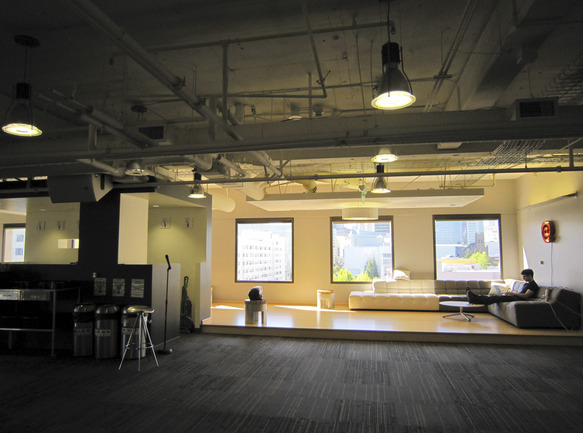 The Lehendakari has held meetings with representatives of Google and Twitter during his visit to San Francisco.

The Basque Government will present its candidacy to Google to become the first administration, after the Obama administration, to employ its new application, designed by the North American company to enable public administrations to reuse public data. The Lehendakari, Patxi López, has held talks with members of Google's Board of Directors in order to analyze other areas for collaboration between Google and the Basque Executive. The world's most used search engine has called on the Lehendakari to provide collaboration in order to improve its Basque translator. The Executive will provide Google with indexed texts in Spanish and Basque that will enable improvements in translations. In the very near future, Google will activate Basque as an official language amongst its list of languages.

The fourth day of the official visit of the Lehendakari, Patxi López, to the U.S.A. has transpired in the outskirts of San Francisco, the area where the University of Stanford, the SLAC Laboratory and the company Google are located. Yesterday, López also visited the installations of the social networking service Twitter.

The meeting with the heads of Google has also served to confirm the interest of both parties in collaborating to improve the Basque translator of the Internet's most used search engine. Google has asked the Executive to collaborate via the provision of indexed texts in Spanish and Basque, thereby enabling them to improve and develop their translator, which is currently in the beta stage. For his part, the Lehendakari called on the company to include Basque amongst its list of official languages in the near future.

The task of providing texts in Basque also extends to the general public, as any individual may provide documentation and correct erroneous translations to improve this tool.

Google is also finalizing its digital library, which will enable storage of and access to digital books from any device, an undertaking wherein the company has also requested the collaboration of the Basque Government.