Oregi: “the USA decision to reduce emissions suggests that the World Climate Conference in Paris will make headway with international commitment to save the Planet” 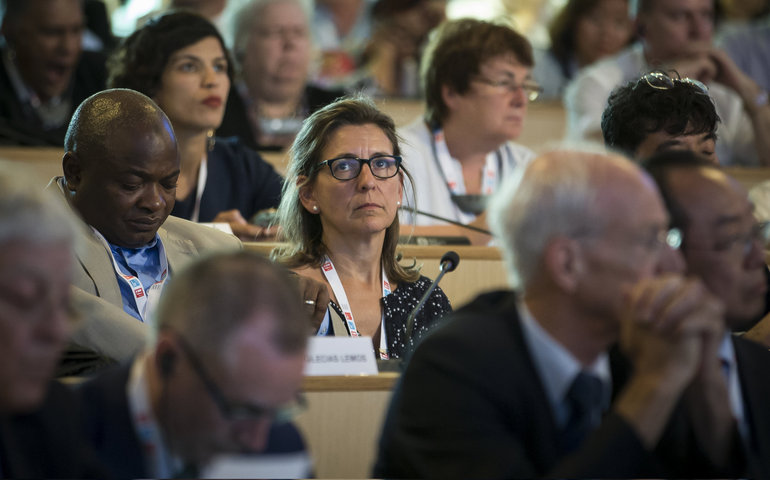 The Basque Government Minister for the Environment and Regional Policy, Ana Oregi, considers it to be “a great step forward that the Government of the United States has announced a 32% reduction in its CO2 reductions by 2030, suggesting that the World Climate Conference-COP 21 held in Paris to make progress on the Kyoto agreements will represent an enormous step forward as regards international commitment to saving the planet”.

“The steps announced today by the President of the United States, Barack Obama, correspond to that necessary international commitment required by the planet” said Oregi. “Several North American states are already taking these steps together with international organisations such as The Climate Group and nrg4sd, in which they participate alongside Canada, Europe and Australia”.

“Global warming, the increasingly obvious signs of climate change, meteorological effects, the loss of biodiversity and the serious situation of many ecosystems paint a worrying picture with regard to which the international community must take decisive action, from the states, the countries and the regions”, added Oregi.

“Obviously – added Ana Oregi – the intention of the USA is not sufficient, but it does mark a path that must also be followed by other major industrial producers such as China, India and Brazil, whose legislations require a similar update to the one underway in Europe”.

For the Basque Government Minister for the Environment and Regional Policy, “the new attitude of the United States marks great hope in the work currently being carried out by the international community for the December Climate Conference in Paris, the agreements of which will update the Kyoto achievements of fifteen years ago.  The planet is in time to prevent greater damage”.