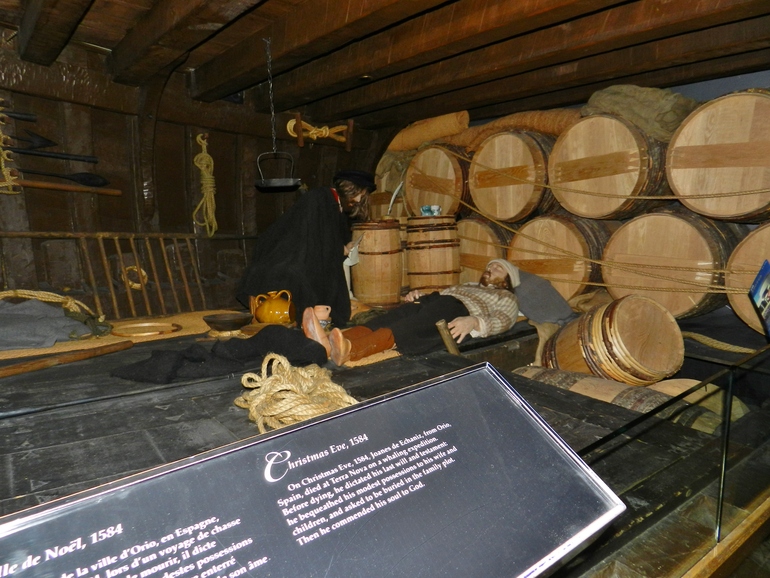 “A large part of 16th century Basque Country history may well lie beneath the coastal mud and earth of Quebec, Labrador and Newfoundland in Canada as part of the singular colonisation of these lands by Basque cod and whale fishermen” said Agustín Azkarate, Director of the University of the Basque Country Unesco Chair on Cultural Landscapes and Heritage following the workshops run in recent weeks by Professor Sergio Escribano-Ruiz in the Canadian town of Red Bay, a former Basque whaling station on the Labrador coast, together with the Director of Red Bay, Cindy Gibbons, and the Heads of the Archaeology Department at the Memorial University of Newfoundland, Lisa Rankin and Amanda Crompton.

During his stay on the Canadian Atlantic coast, the researcher Sergio Escribano-Ruiz made several inspections of open spaces, analysing ceramics, fishing elements and tools from the lives of those people in the 16th and 17th centuries in museums and thematic centres, in addition to making numerous contacts with Parcs Canada professionals to look at relations between the Basques and the Inuit (Eskimos) since the 16th century. He also catalogued the Basque ceramics found on the coast, “something which will in time offer eloquent data providing accurate information as to how the aforementioned colonisation by fishermen from Bizkaia, Gipuzkoa and Labourd took place, with consideration and respect, very different to similar situations in other parts of the world involving other peoples and societies”.

Azkarate believes that the work started in the seventies by Professor Selma Huxley Barkham “offers enormous future possibilities as regards learning many details of that Basque society which travelled to North America, how it related with the peoples who lived there based on respect and friendship, even going as far as to share a kind of pidgin language made up of forms of their mother tongues”.