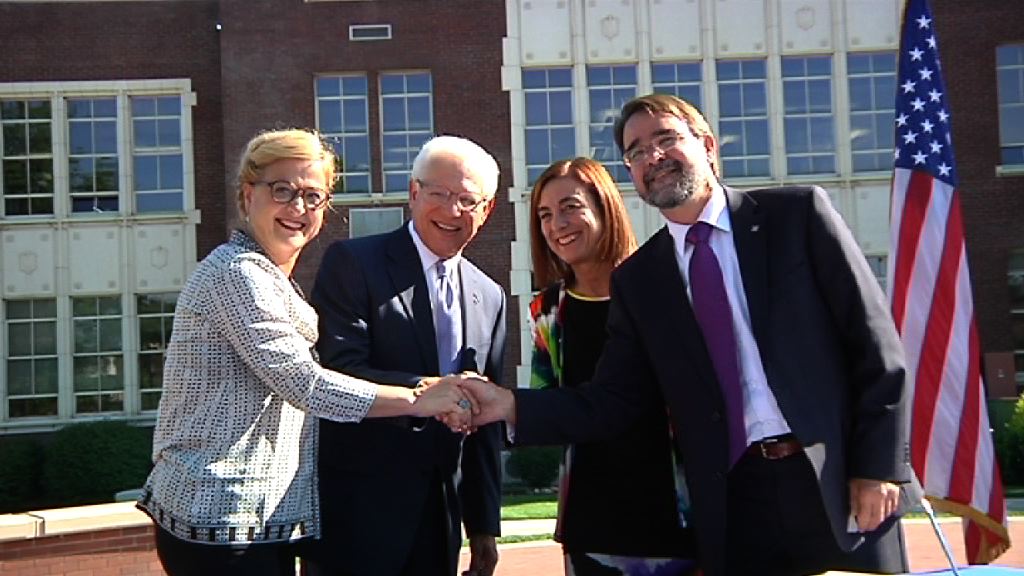 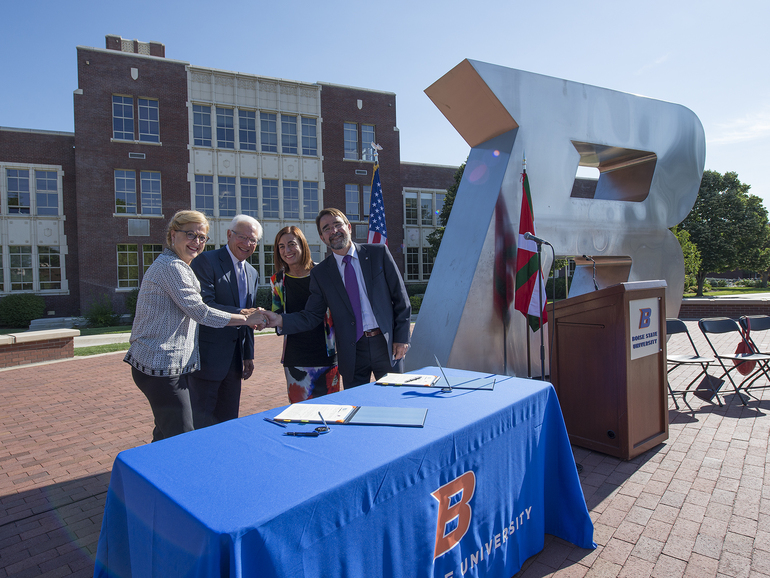 The Basque Government, through the Basque Etxepare Institute, and Boise State University – BSU have signed a cooperation agreement that will enable students to carry on studying the Basque language and culture in Idaho. The original agreement dates back to 2001 and which today has been further enhanced as apart from continuing with the Basque Studies Program, it seeks to consolidate the university teaching of the Basque language and culture at the BSU with the creation of a new academic position that strengthens those two areas.

Lingüística Iñigo Urkullu and the Basque Government’s Minister for Education, Linguistic Policy and Culture, Cristina Urkullu, met with the President of the BSU, Bob Kustra, and its Provost, Martin Schimpf, when they worked out the details of the agreement. Minister Uriarte, as Executive Officer of the Etxepare Institute, presided over the ceremony when the director of the entity, Aizpea Goenaga, and the Provost of the BSU, Martin Schimpf, proceeded to sign the agreement.

Uriarte stressed the importance of the agreement as it is a “calling card” for the Basque Country in the United States. Idaho is “a state where they know what Basque means, where the Basque Language is still used in hundreds of homes and where we feel as if we were in the Basque Country,” she stressed.

Details of the agreement

Each year, over 450 students have so far taken the Basque language and culture courses coming under this agreement.  This Program organizes seminars and conferences on Basque matters, it prepares and publishes material in that regard and it offers support to local entities that promote the Basque Language and culture.

The renewal of the agreement between the Etxepare Institute and Boise State University now seeks to consolidate the university teaching of this program at the BSU through the lectureship.  This new teaching position will consolidate the academic presence of Basque culture at such an important core for the Basque Diaspora as is Boise.

Lehendakari Iñigo Urkullu had previously opened the assembly of the North American Basque Organizations – NABO.  He recognised the work of this association which had managed to unite, since it was set up in 1972, US and Canadian citizens in a culture and language.

Urkullu highlighted “Udaleku”, “the flagship of all the programs". Each year, Udaleku gathers together 100 children and young people for dance, music, txistu [Basque flute] or singing classes and it has thus ensure the generational handover in the entity. The Lehendakari also stressed the cooperation between NABO and the Basque Government right from the start and pointed out that “we have grown together and we want to continue growing”. In this regard and as an issue still to be addressed, the Lehendakari proposed giving greater visibility in the Basque Country to the work that the entity carries out as "your work does not get all the recognition it deserves," he stressed.