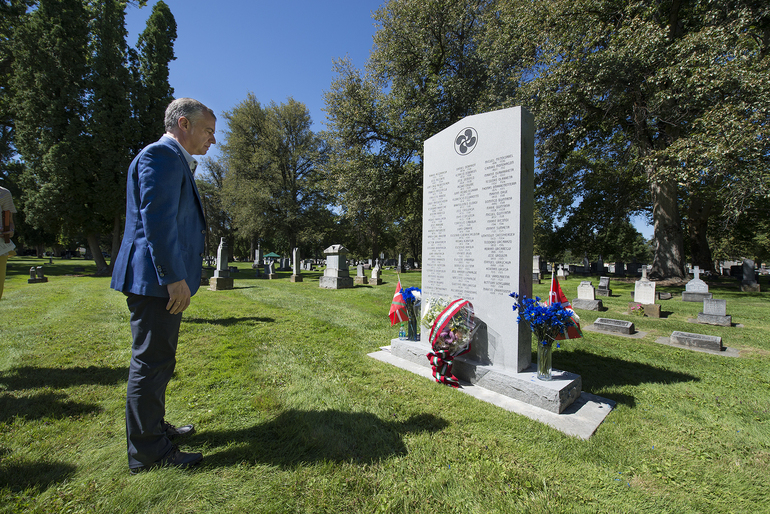 Lehendakari Iñigo Urkullu, the Basque Premier, has presented “Artzainak gogoan”, a new project that aims to research the origins of Basque pioneers buried in Boise and locate their families. During his official trip to the capital of Idaho, Urkullu has visited the Morris Hill Cemetery, where 64 unmarked graves have been located, where Basques who reached the city between the end of the 19th century and the early 20th century are buried.  The Basque Government now wants to identify their exact places of origin and send the information to the Basque municipalities where they were born.

The project follows on from the research carried out by Liz Hardesty over three years. Along with a group of volunteers, she has located over 120 unmarked graves in the cemetery, 64 of which are where Basque shepherds are buried. They died alone and their families never heard from them again nor how they had died.

The Lehendakari explained that the Basque Government now wants "to take a step further and continue with the research carried out” in order to know where those pioneers came from, “so their families in the Basque Country can learn about their history, know that they ancestors are buried in this cemetery and can pay tribute to them”.

Urkullu warned that " the list of the Basques buried in Morris Hill will have to be compared against the entry records of Ellis Island in New York”, which was the entry point of immigrants to the United States. “It will be no easy task," he acknowledged.

The Lehendakari also visited the Boise Ikastola [Basque school], located in the St. Paul’s Catholic Center opposite Boise State University. It was set up thanks to a group of keen volunteers and it was opened by the former Mayor of Boise, Brent Coles, in 1998. The Basque Government backed the project right from the start and has continued to fund it.

Urkullu ended the day with a visit to a herri kirolak [Basque rural sports] exhibition at the Century Link Arena in Boise, which is part of Jaiadi 2015 program.