Bimep, the research facility, opens up the way to R&D&I in marine energy in the Basque Country 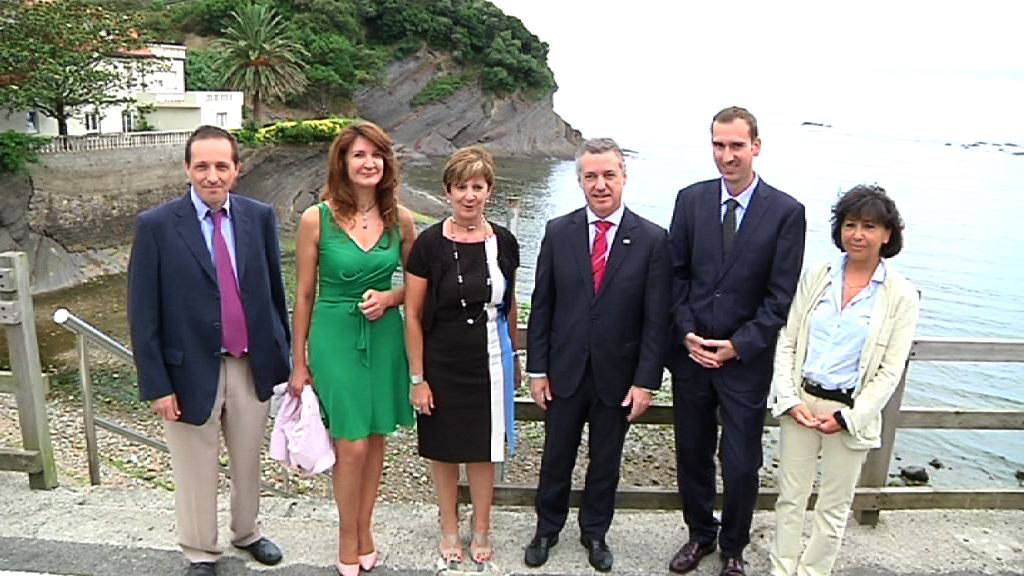 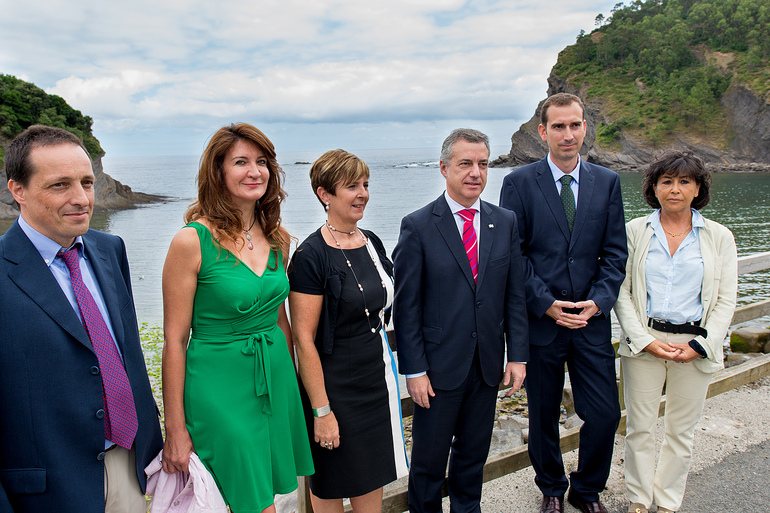 This marine laboratory for technologies to harness the energy of the sea will be a vital knowledge hub to create a new industrial sector in the energy field.

The start up of the marine facility to research devices to harness energy from the waves just off Armintza harbour falls under the objectives of the Energy Strategy of the Basque Government.  It is a huge step forward in the commitment to R&D&i in the energy sector to harness new own resources and create innovative industrial sectors capable of generating future growth and employment.  The sea offers great industrial and energy opportunities, but there is still intense research and technological development work needed to reach an optimum level of commercial harnessing.  The Bimep management company is 92% owned by the Ente Vasco de la Energía - the Basque Government's energy agency - and 8% by the IDEA – the energy agency of the Spanish Ministry of Industry and Tourism-. The investments total €22 million.

The opening ceremony presided by Lehendakari Iñigo Urkullu, the Basque Premier, and the Chairman of Bimep and the Basque Government’s Deputy Minister for Economic Development and Competitiveness, Javier Zarraonandia, marks the end of  long and complex construction and licence formalities over 5 years.  The outcome is that this new marine facility, which is the first of its kind in the State of Spain, is now a reality. In addition, Bimep has required sophisticated work to be carried out at sea, which was only possible during a short slot of five months a year (from May to September) when the sea is calmer, as the  winter sea conditions make any intervention impossible and work had to be suspended until the following spring.

In short, setting up Bimep has been a challenge for the different public administrations that have successfully managed to bring together the appropriate formulas to respond both to setting up this “marine testing laboratory and technology centre” and to the need for licences for the future anchoring at sea of wave harnessing devices whose specific technical characteristics are unknown as they are new developments. No less important has been the engineering work, the manufacturing of electric cables fitted with communications technology and the underwater installation work.

In short, the timeline of the formalities and work carried out was as follows:

Bimep has a series of marine infrastructures that seeks to provide a solution for all those companies that develop technologies to harness marine energy and which need to conduct tests at sea, under real conditions, to check the validity of their technology. The high cost in time and resources that each developer would need to individually apply for the necessary permits and lay the electricity connection cables to shore would make any test unfeasible. Bimep thus facilitates an area with all the requirements and ready to “plug in” the devices for the research.

The testing areas therefore have all the permits and the necessary terrestrial and technological facilities.  The open sea area located just off Armintza-Lemoiz harbour is around 5.2 km2  in size and its closest point is 1,700 metres off the coast.  It is marked out by 7 marker buoys that indicate the area restricted to maritime traffic and there is a buoy constant monitoring 24/365 the weather and wave conditions. As regards the moorings, there are a total of 4 connection points connected to the shore by four 5 MW and 13 kV underwater cables, each one laid at a depth of between 50 and 90 metres. The facility thus has a total installed power of 20 MW. Those cables are connected to the shore and they fed the electricity generated into the grid. No new high voltage electricity evacuation lines have had to be constructed as they are taking advantages of the existing ones for the Lemoiz power station that were never used.  Those lines will thus distribute energy for a renewable source to the general electricity system.

However, the main Bimep function is not to produce electricity, but rather to be a technological knowledge hub with a high value added through the testing, research and development of new production technologies by means of harnessing marine energies. New floating devices that have different forms, aspects, sizes and technology but a single purpose: to harness the renewable energy to be found in the oceans.  The marine environment thus becomes a new energy challenge where great emphasis on research will be needed in the coming years so that the transformation of the energy from the sea’s waves into electricity reaches the degree of maturity of other renewable technologies, such as, wind power.

The underwater cables will therefore send to the Bimep offices in Armintza all the data and parameters of the devices being tested that will show whether they are valid in real marine conditions. As of today, no wave harnessing technology has stood out from the others.  The technology research carried out at Bimep will be very important to assess the performance, reliability and operability in terms of maintenance and operating costs, essential to achieve a degree of commercial technology maturity.

And the conditions in which the electricity is generate is as important as the generation. The Bay of Biscay provides optimum conditions for the test and testing of devices as it is a powerful but not excessively rough sea. Bimep was located at Armintza after analysing the direction and strength of the swell, which have been deemed to be ideal to test and research wave collectors as the energy potential is excellent, with a minimum percentage of days/year when the swell is excessively rough.

The time that the different technologies spend in the Bimep facilities is the necessary link to show their worth and achieve greater degrees of maturity. However, small scale prototypes should be tested in tanks prior to being taken to Bimep in order to correct designs and thus work at scales closer to reality in Bimep. The strategic agreement with the Cantabria Hydraulic Institute Foundation will enables services to be provided throughout the value chain in the research area, by offering tank testing for small scale prototypes and testing at open sea for large or real scale prototypes at Bimep.