Oregi, satisfied by steadfast European support for the Atlantic railway corridor and transport intermodality in the Basque Country 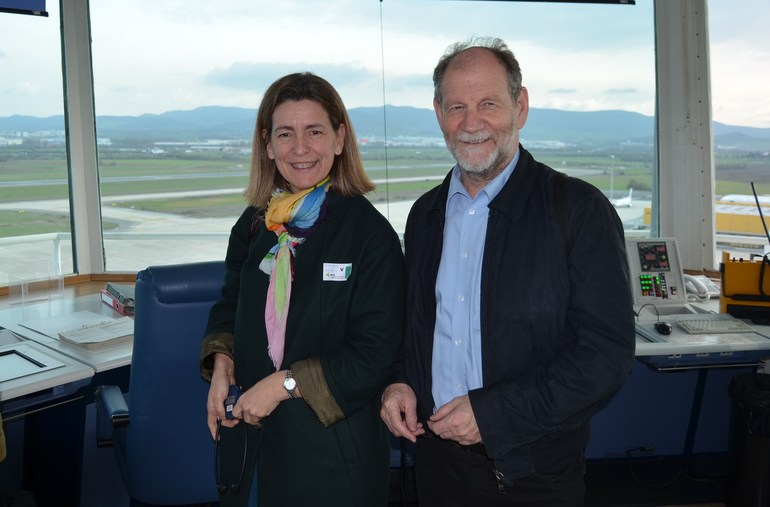 The Minister of the Environment and Territorial Policy of the Basque Government, Ana Oregi, deems that “assigning new European funds to developing the new Basque railway network ("Y") and improving the Port of Bilbao is consolidating the Basque Country's presence and development in Europe, making it one of the main logistical and transport points of reference in southwest Europe." Today, the “Connect Europe” Committee ratified infrastructure projects that the European Commission shall support with 13,300,000,000 over the upcoming years From this amount, 813 million will go to co-finance works related to the Atlantic and Mediterranean axes, specifically in the Basque Country, with several sections of the Basque Y railway network and works to turn the Port of Bilbao into the main port on the Cantabrian seaboard in the Trans-European Network of Transport Infrastructures.

Subsidy agreements shall be drawn up by the Agencia Ejecutiva de Innovación y Redes (Executive Agency of Innovation and Networks) (INEA) and they shall be signed by project beneficiaries over the course of the second half of 2015. The European Commission shall assign 13,100,000,000 euros from EU financing to the 276 transport projects selected in the first calls to bid for “Connect Europe.”

“This is good news, since Europe is steadfastly supporting our sustainable, multi-modal transport infrastructures with this financing. This will be beneficial to us, to our entire environment and the Atlantic corridor," added Oregi. “This is building a modern Europe, for well-being. It is solidary, which also means uniting our society”

“This projects provide added European value, both socially and culturally, as well as economically. They are the solution to cross-border bottle necks and provide a maximum level of intermodality for a European corridor,” declared Oregi. She also reminded that the support Brussels is providing in order to improve the Port of Bilbao was obtained thanks to an amendment from MEP Izaskun Bilbao to connect that infrastructure with the Basque Y within intermodality.

The subsidies received by the infrastructures to be built in Basque territory cover between 20% and 40% of the total investment necessary to finish them. Distribution of the first part of the investments that community institutions will make until 2020 to complete the main Trans-European transport network are estimated 15 50,000,000,000 euros. The same amount must be mobilized to eliminate bottlenecks strangling the Trans-European corridors in several cross-border areas and to connect ports, airports, motorways, railways and other transport methods to main networks.

In the Basque Country, 64% of subsidies are for sections of the Basque Y. The Bergara Junction shall receive 459 million of the 1.147 million being invested there, 40% of the total. Other sections that will be joining Vitoria-Gasteiz and Bilbao with a high speed railway will receive 39.1 million euros, 20% of the predicted investment. Different projects addressing the Port of Bilbao to make it the “Core” installation on the Cantabrian seaboard for the Atlantic axis are obtaining 25.1 million euros from the 126 million to be invested.

Within this same Atlantic corridor, Europe is designating 52 million to support 50% of the investment for the Bordeaux-Dax section, and 4 million for a study that will cost 20 million to prepare infrastructures and logistics for possible ocean motorways between the Port of Bordeaux and its links along the Blue Atlantic Belt, including the Port of Bilbao.

Last March, the European Parliament’s Transport Commission visited construction work along the Atlantic corridor in Basque Country and ratified the European nature of the project and the community’s engagement.

Within the framework of the Mecanismo “Conectar Europa” (“Connect Europe” Mechanism) (MCE), 24,050,000,000 euros will be released from the EU’s budget (2014-2020) to co-finance TEN-T projects in member countries of the Union. Out of this amount, 11,305,000,000 euros will be available only for projects in member countries that can opt for the Cohesion Fund. Investments are prepared by means of annual and multiannual work programs that establish priorities and the total amount for the financial support pledged for each one of these priorities over the course of a determined year.