Ana Oregi will be participating in Lyon's "Climate and Territory" meeting, where regions, countries and states shall analyse the Climate Change from a territorial perspective. 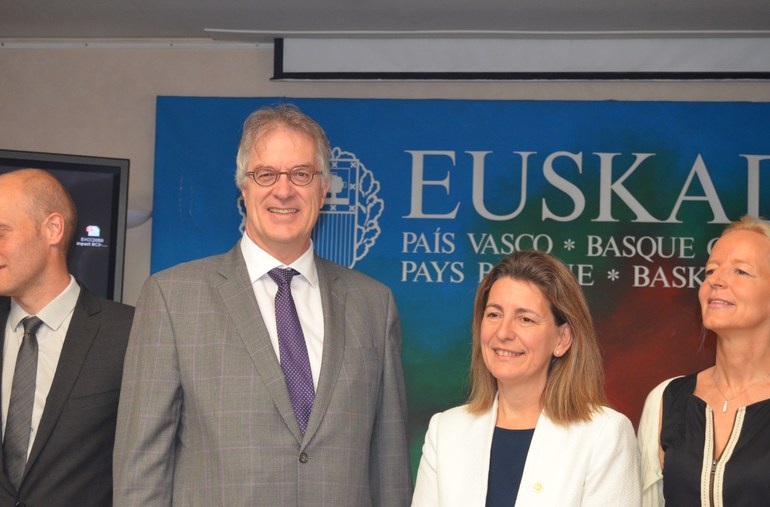 The Director of the Environment and Territorial Policy of the Basque Government, Ana Oregi, will be participating the 1st and 2nd of July in the world meeting, "Climate and Territory," to be held in Lyon, France. At this meeting, different representatives from regions, countries and states will be analysing the Climate Change from a territorial perspective. The meeting is being organised by main worldwide environmental organisations such as The Climate Group-presided over in Europe by Lehendakari Iñigo Urkullu- nrg4sd (Energy for sustainable development) and Iclei, in addition to others, along with the French Rhône-Alpes region, wherein French president François Hollande will be participating.

The plenary session for the first day will be focused on the topic "Climate: Society in Movement," with references to Youth and Climate, Economic Development and Climate and the posture of local governments against the Climate Change. Sailburu Ana Oregi will be participating in several international workshops on Thursday the 2nd, along with Vice-Director of Territorial Policy Izaskun Iriarte.

In Ana Oregi's opinion, "France is carrying out different initiatives for the Climate summit to be held in Paris in December, where we, from different regions and countries, are already contributing our strategies and actions in search of a great, new agreement. It is with good reason that three out of every four people worldwide believe that climate is a factor to improve quality of life."