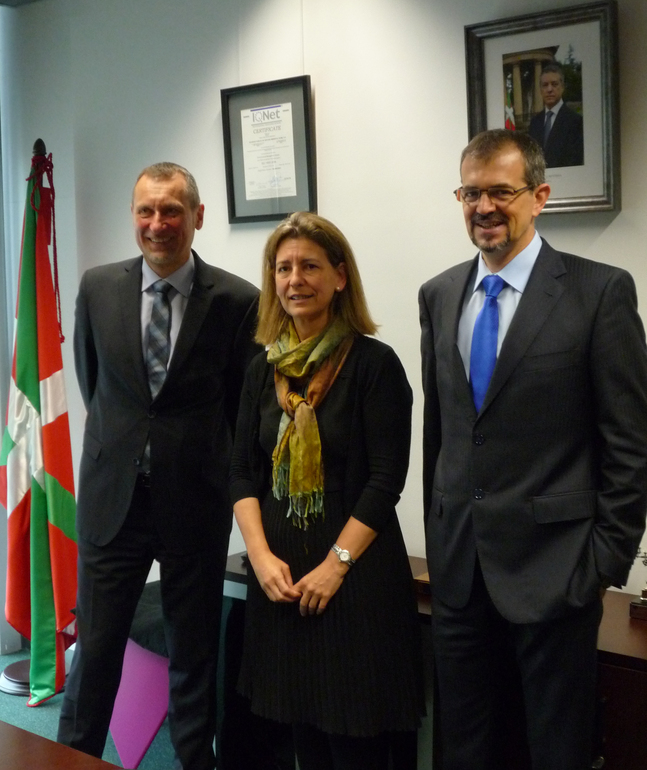 For two and a half days, from 27 to 29 April 2016, the Basque Country will be the official venue for the 8th European Conference on Sustainable Cities and Towns.The conference is under the aegis of the European Sustainable Cities and Towns Campaign and the ICLEI – Local Governments for Sustainability International Network.The main venue for the event will be Bilbao and parallel encounters will be organised in its programme in other Basque cities, such as Donostia-San Sebastián and Vitoria-Gasteiz.  The Basque Government, in conjunction with the other Basque institutions, will organise this leading European encounter.

“The fact that the Basque Country has been chosen as the venue to host the ICLEI conference is explicit recognition of the proven track record in local sustainable development of the Basque municipalities and of the Basque Network of Municipalities for Sustainability, Udalsarea 21, which is made up of 200 municipalities with Local Agenda 21 plans of action,” explained Ana Oregi, the Basque Government’s Minister for the Environment and Territorial Policy.

ICLEI, the network of Local Governments for Sustainability, is an international association of around 1,200 local governments around the world and is the only network of sustainable cities operating worldwide.

ICLEI represents the interests of local authorities within the United Nations and at international policy forums. Its purpose is to achieve a global positive change through local sustainability campaigns and programmes.

“The ICLEI mission is to build and serve a worldwide movement of local governments to achieve tangible improvements in global sustainability. We believe that the global sustainability depends on actions at local level and, therefore, the Network of Basque Municipalities for Sustainability, Udalsarea 21, has been a member of ICLEI since 2001,” stressed Minister Oregi.

European Conference on Sustainable Cities, since 1994

In 1994, the Conference on Sustainable Cities and Towns was held in Aalborg (Denmark), organised by the EU Expert Group on the Urban Environment and sponsored by the European Commission and ICLEI.  The European Sustainable Cities and Towns Campaign emerged out of the conference and has the backing of the main European networks of local authorities, including the Council of European Municipalities and Regions, EUROCITIES, UTO (United Towns Organisation) and the WHO (World Health Organisation).

In the words of Ana Oregi, “it is an honour for the Basque Country to host the 8th European Conference on Sustainable Cities and Town, as it will give us the opportunity to showcase our achievements and reach out internationally”. The ICLEI conferences are the leading event to discuss and share experiences for local sustainable development in Europe.  They are a meeting point for European local governments, local government networks, national and regional governments, European Union institutions, international organisations, NGOs and research centres.