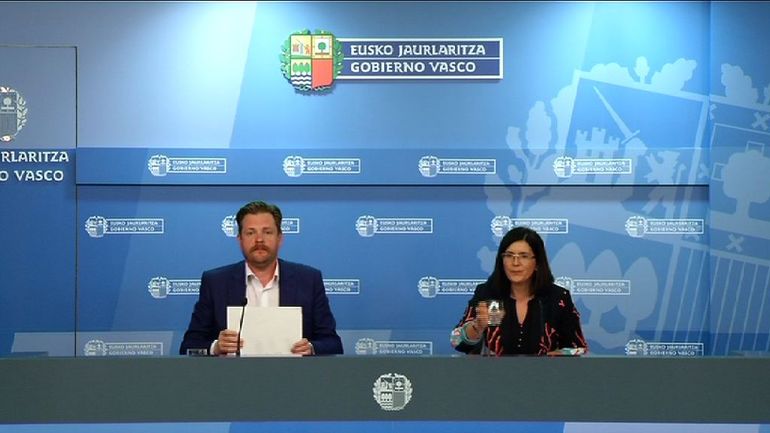 EMAKUNDE and the IREKIA portal receive the United Nations Public Service Award in two of its four categories.

The Basque Government has received the first United Nations Public Service Award in two of its categories. Specifically, the UN wished to recognise the Basque Institute for Women-EMAKUNDE in the Promoting Gender Responsible Delivery of Public Services category for the excellence shown in the implementation of the Basque Gender Equality Act, and the IREKIA portal in the Fostering Participation in Policy Making Decision through Innovative Mechanisms category.

The winning of those awards, considered as the most prestigious international recognition for excellence in the public sector, was announced this morning by the Emakunde Director, Izaskun Landaida, and the Open Government Director, Luis Petrikorena, who both expressed the satisfaction of the Basque Government for this recognition to the citizen participation and equality policies implemented in the Basque Country.

The award ceremony will be held in Medellín (Colombia) on 23 June, the day designed by the General Assembly as the UN Public Service Day to "celebrate the value and virtue of public service to the community".

The award to Emakunde and, by extension to the Basque Country's equality policy and to all the stakeholders involved, highlights the excellence in the implementation of the Basque Equality Act. This implementation is thus recognised as a before and after in many aspects, such as the balanced presence of women in the political decision-taking sphere, the increase in the specialised structures to drive equality, the proliferation of equality plans, the strengthening of the structures for equality in our country, the networks set up between institutions, the momentum given to equality in the public and private spheres, and the creation of tools to improve the protection and wellbeing of women victims of violence.

Finally, she also expressed her thanks to Bilbao City Council for having nominated them, to Ararteko and to EUDEL for having supported it, and to the Secretary for External Action and the Basque Country Delegation in the USA for their support.

EMAKUNDE, an example of public intervention

Emakunde’s nomination was considered a clear example of a public intervention that has given and continues to give significant outcomes regarding the great challenge to achieve a gender-sensitive public sector and public services.  The decision was therefore taken to disseminate it internationally through this award so that it can be an example for other institutions.

The Emakunde director extended the award to all the institutions, associations, entities and persons of the BAC implied in the implementation of the Act over these ten years and, in particular, to all the persons that made the setting up of Emakunde possible 27 years and the approval of the Equality Act, and those who have run and worked in the institutions over that time, and she stressed that “without her contribution, commitment and work, it would have been impossible to be recognised with this award”.  She also wanted to recognise the work of the other institutions and of all the people that are striving from different spheres and everyday to progress in equality.  In the words of Landaida, this award “must be a recognition of the contribution of Basque society in the regard, but, above all, a spur to consolidate our commitment to equality that is required to face the many challenges still pending".

Recognition of citizen participation through IREKIA

As regards transparency and citizen participation, the UN also wanted to recognise the policies of the Basque Government carried out by means of the Basque Open Government initiative (implemented by the IREKIA portal), which is considered to be ground-breaking in this field at European level.  Irekia was nominated by the Basque Country Internet Association.  It successfully made it through 3 assessment rounds, which, particularly, measured the alignment of the objectives of this initiative with the international principles enacted by entities such as the Open Government Partnership (OGP).

IREKIA is a tool that is available to Basque society, in order to ensure greater transparency in the management of the government and allow direct grassroots participation in the decision-taking processes of Basque public policies. The portal was set up as a collaborative space in order to foster public debate, listen to and test the opinion of the general public and showcase what is being different in the different online forums, and provide information on the action of the government.

Last year, the website notched up 603,291 sessions, with 376,398 different users and served 1.8 million pages. This portal also reported on 4,355 events involving public officials, 77 government proposals were unveiled and 288 proposals were received from the general public.

In the social media, IREKIA generated 37.5 million exchanges of views between Twitter, Facebook and Youtube, and 25,500 interactions between Twitter and Facebook. The first four topaketas put to members of the Basque Government generate 2,436 participations from the general public and 549 questions, and the 12,800 videos uploaded were viewed over 163,000 times.