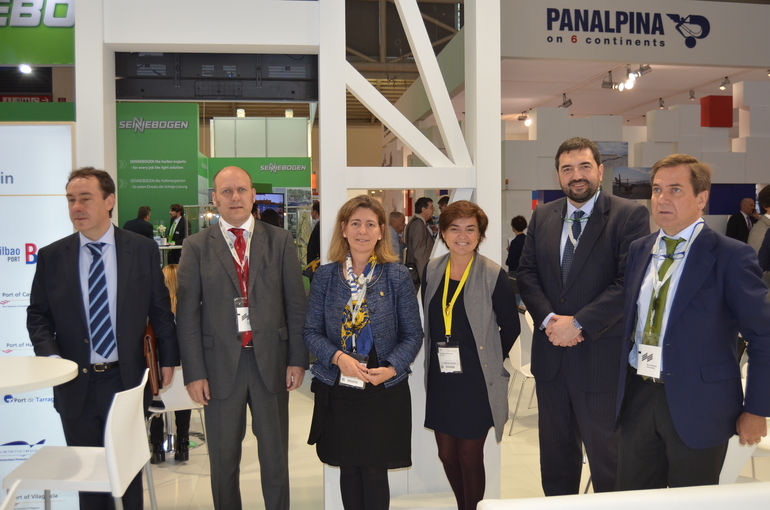 This morning, at the Munich Transport-Logistics Fair, with the Deputy Basque Minister of Transport, Antonio Aiz and the Chairman of the Bilbao Port Authority, Asier Atutxa, Basque Minister Ana Oregi met several representatives of German and French companies to promote the Basque logistics capacity and offer in South-West Europe.

In Munich, Oregi stressed “the capacity offered by the Basque Country in the field of transport and logistics to one of Europe’s busiest routes: Madrid/Irun/Bordeaux/Paris. Our Atlantic corridor is used by 50% of all traffic coming into and out of the peninsula, while the other half uses the Mediterranean corridor. But today the markets demand faster transport where the multimodal aspect acquires special importance. To meet this need, here in the Basque Country we have a large and modern fleet of road haulage companies, two major ports, a freight airport at Foronda and several logistics platforms particularly including Jundiz and Arasur”.

The big industrial companies seek not only efficiency and effectiveness, but also, in the case of Europe, sustainability, hence the promotion of multimodal transport, or in other words, a perfect combination of truck/train/ship and air freight. This is an area in which the Basque Country has a great deal to offer, added to the argument that we are a strategic point in the south of Europe and gateway to the peninsula”.

“Furthermore, we mustn’t forget that the Basque Country belongs to the Atlantic Core Network Corridor. This represents a tremendous opportunity for our country since this strategic position, endorsed by the European Commission, will imply the development of transport infrastructures set to make the Basque Country even more competitive”, added Ana Oregi in Munich.

The Basque logistics offer is grouped at the Munich Transport-Logistics Fair under the Basque Country Logistics brand, the stand that serves at the major fairs in the sector as a meeting point for information and operations carried out by the ports, Chambers of Commerce, Transport Cluster and numerous companies and organisations related to transport.