The Basque Government's work on recovering the Txingudi, Lea and Urdaibai estuaries, awarded by the European Union as one "of the best five of the best ” 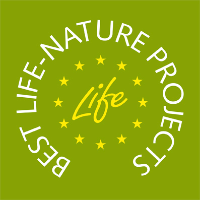 The work and Estuary Recovery Project that the Basque Government is carrying out in Txingudi, Lea and Urdabai by eradicating the invading “chilca” plant was recognised by the European Commission as one of the "best five of the best" in environmental practises. Counsellor of the Environment and Territorial Policy, Ana Oregi, will collect the "LIFE Nature/Information Projects Awards 2015” award at a ceremony to be held in Brussels the fourth June.

As confirmed to the Basque Government by Simon Goss, from the European Commission's LIFE Nature Unit, the other four initiatives selected, along with the Estuaries project as "The best of the best" in Europe are for the Imperial Eagle and Saker Falcon Conservation in the Natura 2000 Network spaces in Bulgaria; Viper conservation in the meadows of the Hungarian Carpathians, good practises for Bear conservation in the eastern Romanian Carpathians and the Thalassa campaign to disseminate, protect and education regarding marine mammals in Greece.

Oregi was "highly excited at the news of the European award, especially because the level they require to meet with the terms and conditions for work is very high, and because this is an initiative that we have been developing for years, with great effort and excitement on the part of our technicians and other administrations that collaborate with us.

On behalf of the Basque Government, Sailburu Oregi shall receive a place in recognition and an accreditation. The work will be disseminated in a pamphlet and on the LIFE webpage. "A few days ago, they communicated that the Europa Nostra award was given for the work carried out by Salinas de Añana's people in recovering the Valle Salado, and today we have another piece of good news. We do a lot of things well in this country," states Oregi.