Ministers Oregi and Uriarte congratulates Añana for over fifteen years of works to Salt Valley: this has earned the "Europa Nostra" 2015 Award 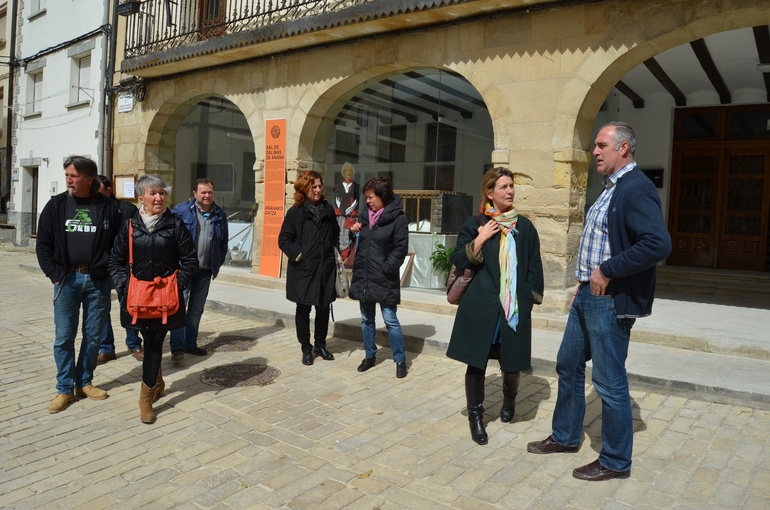 The Ministers of Environment and Culture of the Basque Government, Ana Oregi and Kristina Uriarte, congratulated "the town of Salinas de Añana, and its mayor Juan Carlos Medina, for the prize "Europa Nostra 2015 " of the European Commission. The work to SaltValley began over fifteen years ago.

Oregi visited last week, with Juan Carlos Medina  (Mayor of Salinas de Añana), the town enjoying a process of improvement and adaptation to changes in the SaltValley. The Minister has said that "the process began over fifteen years and many people involved in it. Each of its neighbors spend much interest to it. It is true that the Basque Government and Foral Councils successive support that initiative, but foremost is the work and enthusiasm of the “saliners” citizens and effort which is partly recognized by the European Commission with the Europa Nostra award"