Arantxa Tapia: "The Basque Country has to carve its niche in the process to modernise India" 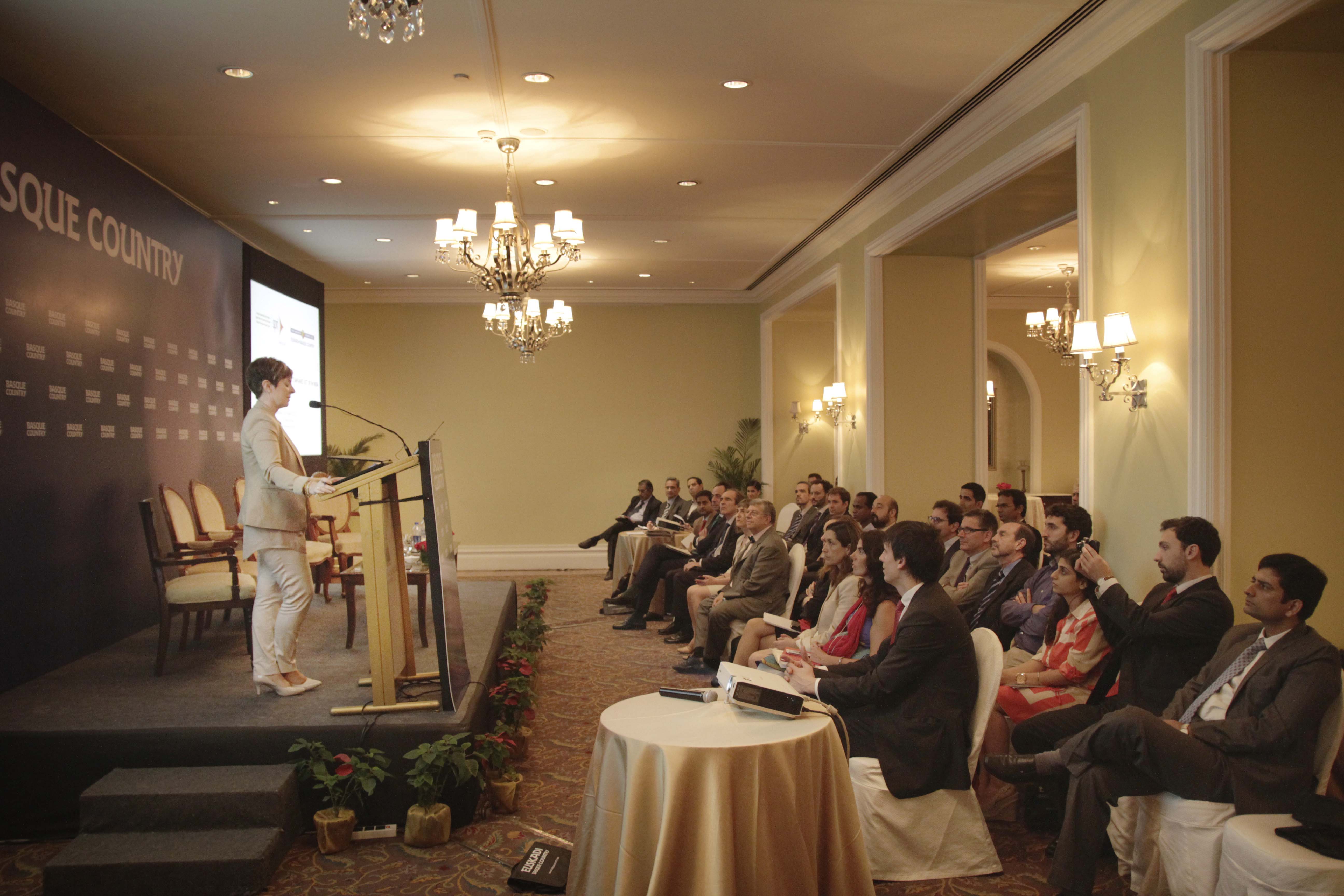 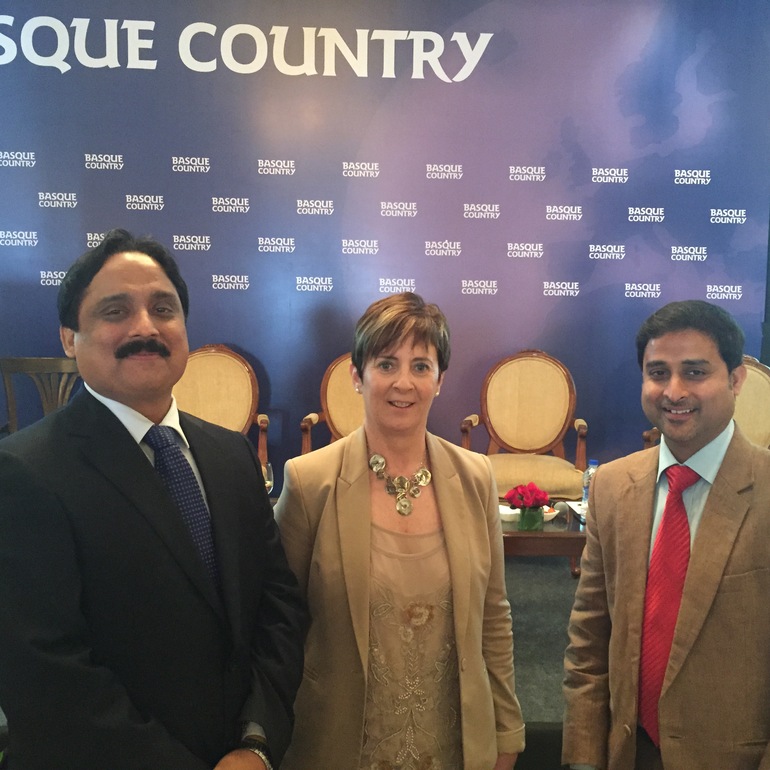 The Basque Delegation, led by Minister Arantxa Tapia, embarked this morning on its business and institutional mission to India, with a work session with local authorities from the State of Maharashtra, India's Council on Competitiveness and representatives of Basque companies.

During the meeting, the country's lines of development and the role that Basque companies play there were explained.

63 Basque companies set up in India

There are currently 63 Basque companies set up in India, which account for around 1/3 of Spanish companies present in the country. Some companies such as Gamesa, Gestamp, CIE automotive, Rinder, LKS, Savera, Sener and Irizar have several commercial and/or production facilities located in different states of India and approximately 8.5% of the Basque companies there are in a joint venture with an Indian company.

Half of the facilities are manufacturing, 33% commercial and with representation offices and services in the minority of cases.

The Basque companies set up in India are mainly from the machine tool, industrial equipment, automotive and energy equipment sectors.

The greatest concentration of Basque companies is in the State of Maharashtra with 27 companies, including three success stories studied today.

8 companies are in Karnataka, 6 in Tamil Nadu and 17 in the Delhi metropolitan area.

During this morning’s event, the managers of RINDER Mahandra CIE and GAMESA in this country, Xabier Eskibel, Pedro Echegaray and Madhukumar Boppana, respectively, gave a presentation of those companies.

RINDER, whose first production plant in India dates back to 1997, today has three electricity equipment production plants. Mahandra CIE has 11 production centres for automotive auxiliary equipment and industry. Gamesa has two factories and five offices and generates a turnover of around 2,846 million euros.

The three companies, stressed Tapia, "has been embraced as examples of how to set up as apart from successfully managing to integrate in the country, generate business and create employment in India, their internationalisation policy has helped to support and strengthen their centres in the Basque Country”.

The Basque Government and Spri have an office in Mumbai that works with all the Basque companies set up in the country. It started to operate in 2008 and it currently employs three people.

Opportunities offered by the policies of Narendra Modi’s government

Given that Spri and Basque Government representatives have travelled to India to analyse the opportunities of South-East Asia for the future of the Basque Government, the scenario proposed by Narendra Modi’s new government was analysed during the session, which was attended by the Chairman and CEO of the Indian Council on Competitiveness, Amit Kapoor.

In this regard, Minister Tapia stressed that everything indicates that the country's new opportunities have to be framed, first of all, in the desire being shown for a greater outreach abroad and the desire to develop and modernise the country. There are then more specific undertakings such as setting up 100 smart cities based on new technologies with a budget for this year of 349 million euros, the increasingly greater liberalisation of sectors such as the railways which is a priority investment undertaking, or its commitment to renewable energies, which are expected to generate business opportunities to the tune of 160 billion dollars over the next five years.

Therefore, the Minister pointed out that “the Basque Country must carve its niche and find its place in the development of the technologies needed for all those infrastructures, and that will be the message that we get across to the different institutional representatives with whom we are going to hold meetings".