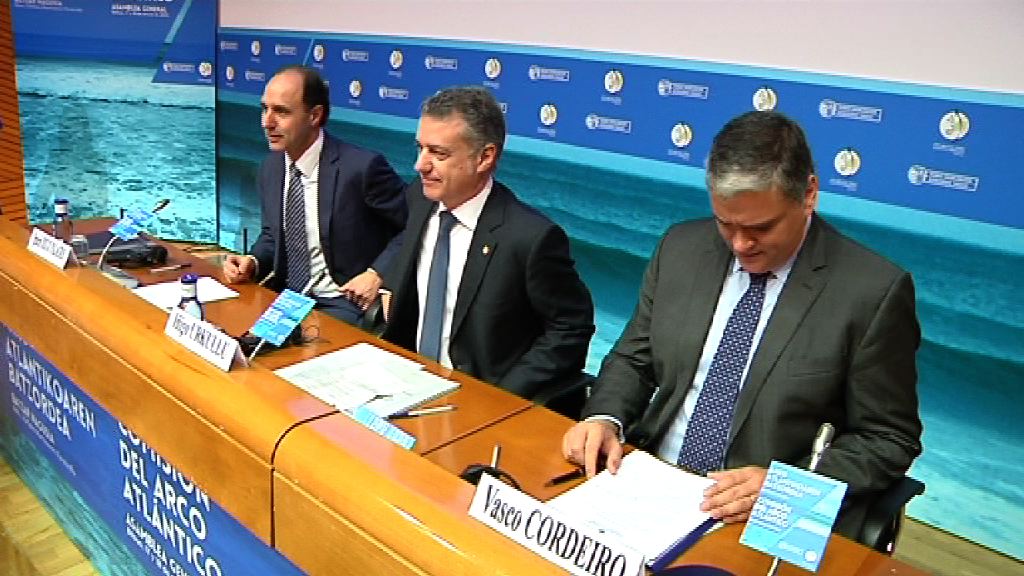 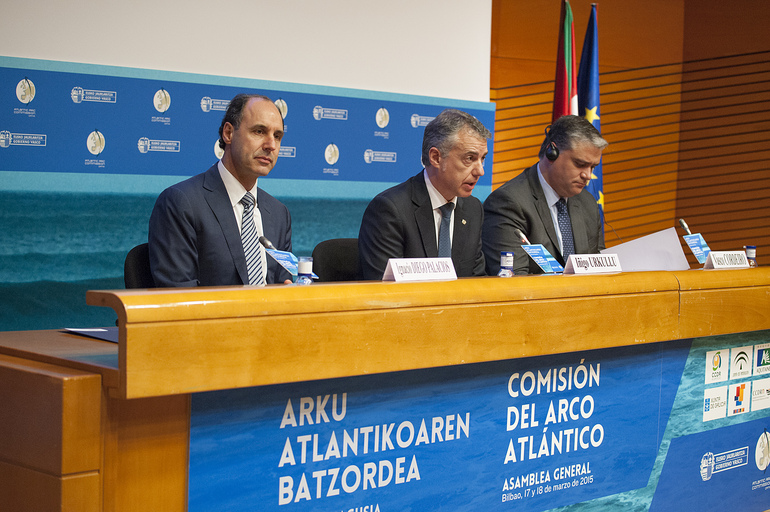 The Atlantic Arc Commission, of which the Basque Country is a member, is holding its Annual General Assembly in Bilbao today and tomorrow at a key moment for the regions that make up the Atlantic Arc.

As part of the EU Atlantic Strategy (started in 2013), 2015 is the start of the implementation phases of specific European projects based on “blue growth”, which could generate 7 million jobs throughout Europe between now and 2020.

The Atlantic Arc plan of action is based on four fundamental priorities:  fostering the entrepreneurial spirit and innovation; protecting, strengthening and improving the marine and coastal environment; improving accessibility and connectivity; and creating a socially integrating model of sustainable regional development. The specific actions will focus on developing offshore facilities, improving education and training in emerging and traditional maritime industries, and consolidating cooperation in the sphere of oceanographic research in order to better assess the effects of climate change.

The Atlantic Arc has set the target that the research and investment priorities established in the plan of action may received EU funding from the Juncker Plan that will  mobilise 315 billion euros. Those projects may be aimed at energy efficiency or maritime industries.

The General Assembly being held at the Euskalduna Conference Centre in Bilbao was opened this afternoon by Llehendakari Iñigo Urkullu, the Basque Premier, Ignacio Diego, the Premier of Cantabira and the Chair of the Atlantic Arc Commission, and Vasco A. Cordeiro, President of the Government of the Azores and President of the Conference of Peripheral Maritime Regions of Europe-CPMR. Finally, Iona Rus, a member of the Office of the European Commissioner for Regional Policy, Corina Cretu, was tasked with giving the keynote speech.

Lehendakari Urkullu urged the members of the Atlantic Arc to “be active and coherent when embarking on investment projects that could be eligible in the framework of the Juncker Plan”. The Lehendakari added that “it is not possible to solve all the challenges that we are facing, but we will be able to drive policies that can efficiently contribute to the development of the Atlantic area” by means of “cooperation in innovation, tourism, transport, marine power, fishing and integrating and sustainable growth".

The members of the Atlantic Arc Commission are 18 regions from five EU States (Ireland, the United Kingdom, France, Spain and Portugal). With some 60 million inhabitants in that area, it represents 12% of the European population and is currently chaired by Ignacio Diego, Premier of Cantabria.

The Commission is tasked with defending regional interests before Community authorities and the Member States. Its main objective is focused on territorial, economic and social cohesion, integrated maritime policy and transport accessibility. European governance, agriculture and rural development, research and innovation, energy and climate change, and neighbourly relations are also areas of great importance for the Association.

The Atlantic Arc is one of the 6 geographical commissions of the Conference of Peripheral Maritime Regions of Europe – CPRM (see map), to which the Basque Country belongs, and which is made up of 139 regions of 25 States, representing nearly 200 million inhabitants. This body, which fosters more balance development of European territory, is currently chaired by Vasco A. Cordeiro, President of the Government of the Azores.