Meeting between the Basque Country Delegate, Iñaki Martínez and the Governor of the Department of Santander (Colombia), Horacio Serpa Uribe. 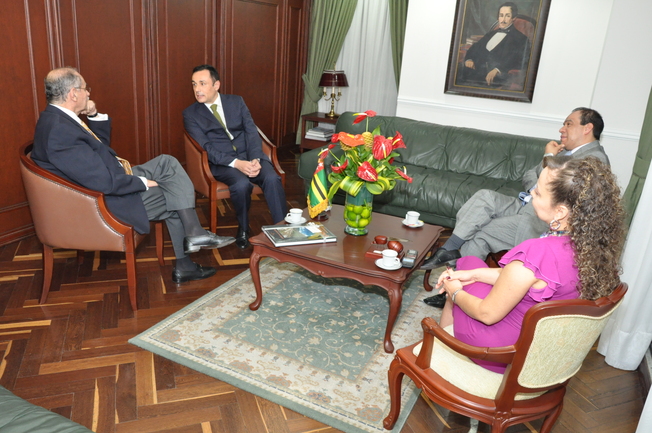 On June 1, the Delegate of the Basque Government for Colombia, Venezuela and Central America, Iñaki Martínez, visited the Governor of the Department of Santander, Horacio Serpa Uribe, in the city of Bucaramanga. The aim of the visit was to present the Basque company, Alecop (University of Mondragon), represented by its Managing Director, Alfonso Brijaldo. The Governor, who belongs to the Liberal Party, was President of the Congress of the Republic, Interior Minister, Ambassador and Vice President of the Socialist International. At the meeting with the Basque Government Delegate, Iñaki Martínez, he expressed his wish to visit the Basque Country in September and to meet the Lehendakari, Patxi Lopez, in order to convey the solidarity of the Department of Santander and the Colombian people in the fight against terrorist violence and the securing of social progress.