"High-Speed looks to intermodality to achieve an efficient transport system" 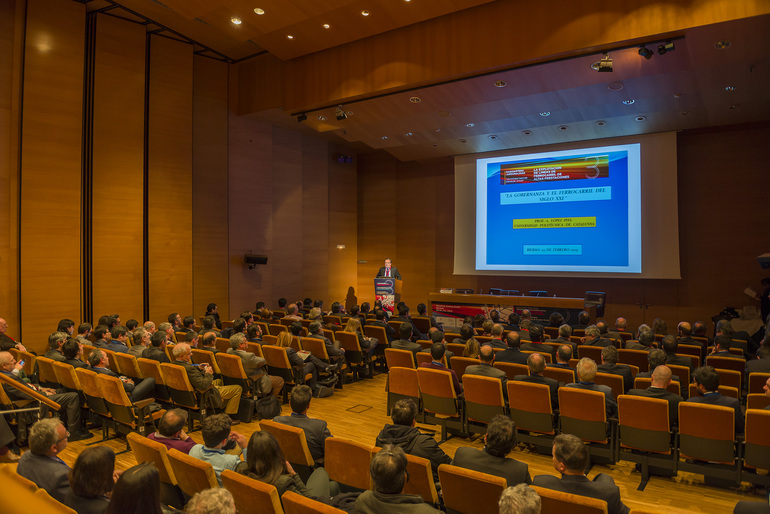 Intermodal systems and the connectivity of high-speed lines to achieve an efficient transport system were some of the common denominators mentioned by the experts who gathered in Bilbao to talk about the operation of high-performance railway lines. The experiences of some countries with highly-developed railway systems, such as Switzerland and Japan, have shown "the importance of capillarity to derive the greatest possible benefit from high-speed systems". This has been one of the main conclusions of the seminar organised by the Department of the Environment and Territorial Policy of the Basque Government, along with ETS, Euskotren and the UIC-International Union of Railways- to prepare the commissioning of the Basque Y system.

In this context, the deputy regional minister of Transport of the Basque Government, Antonio Aiz, highlighted the "great investment effort made by the Regional Government in recent years on the various railway systems". "During discussions regarding this type of infrastructure, it is pointed out that when dealing with the important budgetary commitments required to finance these projects, metropolitan or suburban railway services are sacrificed".

Alain Lutz, from France, and the German, Ottmar Grein, explained the cases of their countries regarding the planning of high-speed lines. In the opinion of Aiz, with the Basque Y "we are building an infrastructure whose life cycle may cover a century and a half". "The infrastructure - maintains the undersecretary- is not an end in itself, the infrastructure is a means to an end and the ends are the ones pointed out by the former president of the EU Commission, Jacques Delors: economic development, employment and equal opportunities".

"No infrastructure, especially trans-European infrastructure, can be subjected to short-term political interests. Transport infrastructure must be kept away from electoral periods. Elections take place every four years and many years elapse, in the case of infrastructure of this nature, from the moment the project is conceived until it is placed at the service of society" said Aiz.

Other examples of political agreement at different stages in the development of high-speed projects were put forward by Simon Hughes, who explained the UK's HS2 project, and by Thierry Prate and Sheila Dezarn, who talked about the San Francisco-Los Angeles line in the state of California (USA). Precisely, a working group has been created, promoted by the UIC, between these two countries and the Basque Government to pool their high-speed plans, including the Basque Y.