The Basque Y is nearing its operational phase 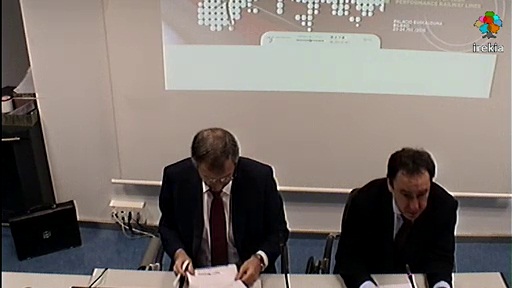 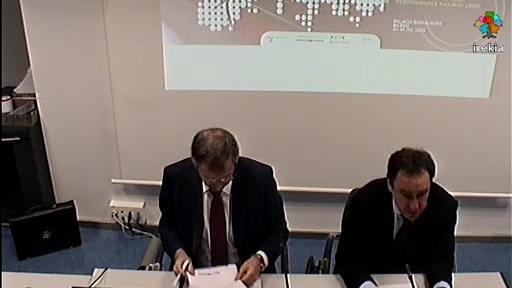 The Third International Conference on New Railway Sector Technologies, which will be held in Bilbao next week, will study the role that Basque Country high-speed lines will play in relation to the European transport network, according to the Deputy Regional Minister of Transport of the Basque Government, Antonio Aiz; who has presented the meeting together with the UIC director of Passengers and High-Speed Lines, Iñaki Barrón.

Some of the issues that will be discussed next week at the Third International Conference on New Railway Sector Technologies in Bilbao will be the operational planning of high-speed lines, their tariffing and service concept. In other words, the idea is to discuss how the Basque Y, given its strategic situation, can fit into the European transport network.

In this regard, the director of High Speed Lines of the International Union of Railways (UIC), Iñaki Barrón, considers the implementation of the Atlantic rail corridor, which would include the Basque Y, as "a priority for the sustainable economic and social development of Europe". In addition, the deputy regional minister of Transport of the Basque Government, Antonio Aiz, stressed the importance of commissioning high speed lines in the Basque Country, the target date for which is 2019, according to the Minister of Development of the Central Government, Ana Pastor.

This morning, in Bilbao, Barrón and Aiz presented the conference that will be held on 23 and 24 of this month at the Palacio Euskalduna. It will attract a score of experts from Europe, the United States and Japan, who will discuss several experiences regarding the operation of high performance railway lines and study how the said experiences can be applied to the Basque Y, taking into account the features of the area, of the line itself, traffic and depots. The Conference, organised by the Department of the Environment and Territorial Policy of the Basque Government, Euskal Trenbide Sarea, Eusko Trenbideak and the UIC, will also be attended by approximately 200 managers and experts from engineering, construction and supply companies, as well as the directors of operators and infrastructure managers.

The programme, which includes speakers from Germany, Great Britain, Italy, France, Japan or the United States, has been designed to offer the broadest possible overview of the current situation with regard to the operation of high performance lines, from institutional (with the participation of representatives of the Basque Government, Ministry of Development and the European Union), academic (with the presence of the prestigious Professor of the Universidad Politecnica de Catalunya, Andrés López Pita) and sector points of view (with the assistance of railway organisations and operators).

The programme for the Third International Conference includes speeches and round tables dedicated to planning and operating high-speed lines, as well as the evolution of high-speed projects around the world, such as the Basque Y, the HS2 in Great Britain or the San Francisco-Los Angeles project in the state of California (USA) which is already being implemented.