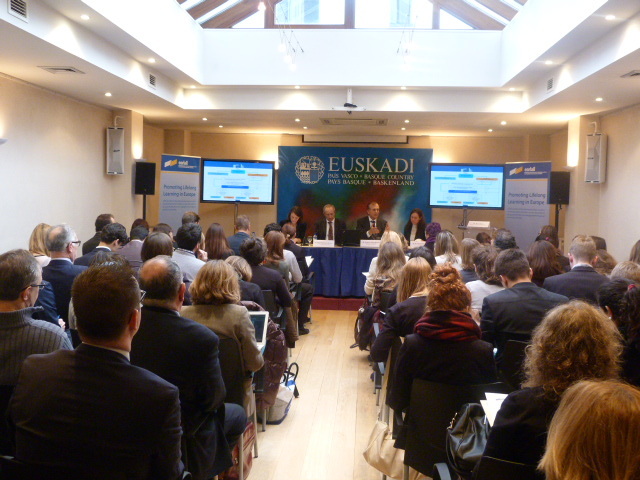 A hundred experts and representatives of European regions, and of European platforms and institutions, have met in Brussels, on the initiative of the Basque Government and under the Basque presidency of the European EARLALL network, with the aim of contributing and specifying the regional and local perspective in the European actions to combat youth unemployment. The European Youth Platform also participated in the session, thus ensuring that the opinion of the youth of Europe was heard.

The European “Youth Guarantee:From Regional to Local Implementation” conference was held at the Basque Country Delegation to the European Union’s centre in Brussels on 29 January. As part of the EARLALL-European Association of Regional and Local Authorities for Lifelong Learning framework, the European platform chaired by the Basque Country, the Basque Government’s Director for Vocational Training and Apprenticeships, Ramón Martínez de Murguía, set out the measures that the Basque government has implemented to tackle youth unemployment.

After setting out the Basque Government’s strategy to drive employment, Martínez de Murguía focused his speech on the structural policies and measures and incentives implemented in the Basque Country to kick start the economy and create jobs. The Basque Government’s representative set out 4 main lines of action: support for young entrepreneurs, dual education and the Lehena Aukera and Young Talent programmes.

EARLALL is an international non-profit association established in 2001 on the initiative of the regional governments with the aim of reach a high degree of collaboration in the field of lifelong learning.

EARLALL was set up with three main objectives: