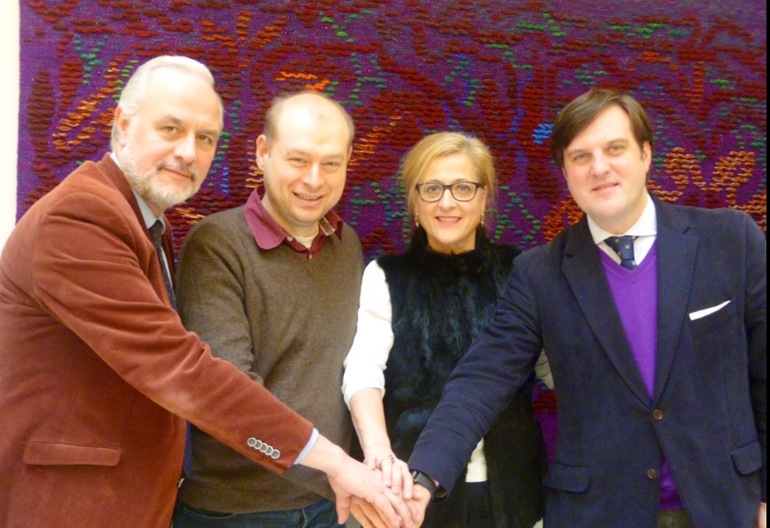 The Etxepare Basque Institute became today an associate member of the Europe cluster of EUNIC, the network of National Institutes of Culture of the European Union (British Council, Goethe Institut, Alliance Française, Instituto Cervantes, etc). The meeting was held this morning at the Embassy of Latvia in Brussels. Beyond the Belgian institutes representing the Walloon and Flemish cultures, Etxepare Basque Institute has thus become the first member that does not represent a state of the European Union.

The appointment is the result of the joint work carried out between Etxepare Basque Institute and the Basque Country Delegation to the European Union, and comes just months after Aizpea Goenaga, director of the Institute, appeared in September before the EUNIC Director Comitee to present the nature and objectives of the organization.

EUNIC aims to promote cooperation between European countries in the cultural field and encourage projects and multilateral initiatives. The fact that the Etxepare Basque Institute becomes a member of this network allows the Basque Country to cooperate directly with other member states of the European Union, and open possibilities and options for external partnerships to the Basque cultural and creative sector. It is a tangible result of the work that is carried out to position the Basque Country within the European Union.

Today´s meeting was held at the Embassy of Latvia in Brussels, as this country takes in the first half of this year the presidency of the Council of the European Union; in fact, in today´s meeting the Latvian representation presented to members of EUNIC the cultural program of his presidency. The meeting was also attended by the director of the Basque Institute Etxepare, Aizpea Goenaga, invited by EUNIC in order to witness the appointment and to allow Etxepare begin to establish contacts with members of the network and engage in specific initiatives. The director expressed her gratitude to the members of the network for their recognition to the Institute of promotion of the Basque culture, and has also shown her willingness and enthusiasm to work together.