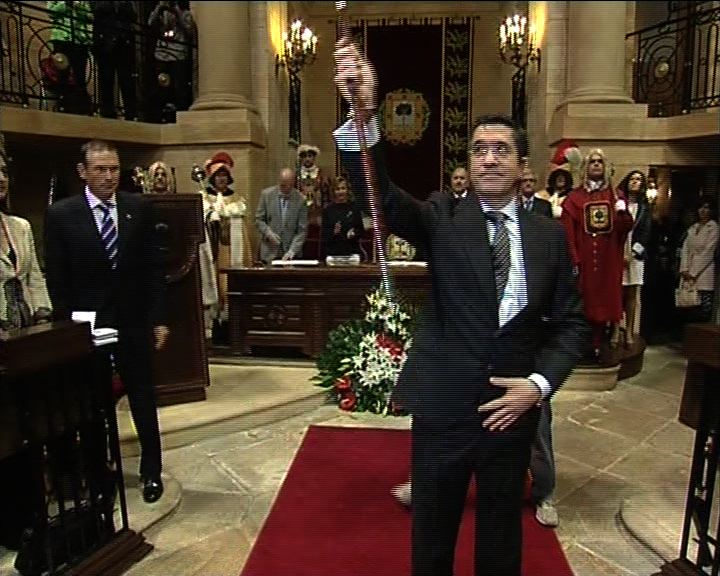 Embed video
Patxi López took the oath of office as Lehendakari in front of the Tree of Gernika Source: Irekia 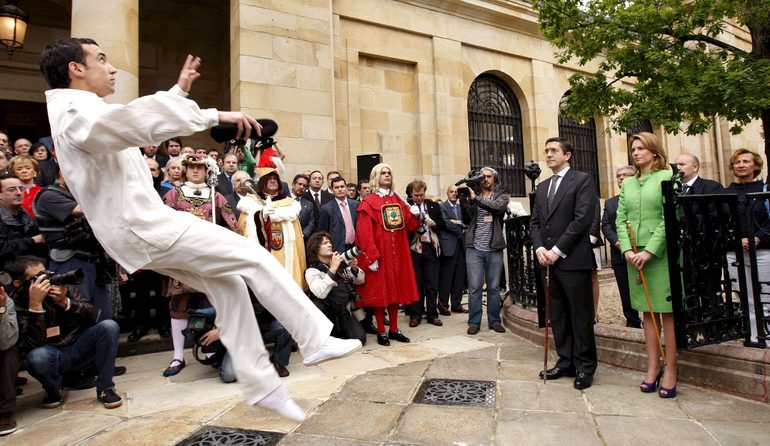 The new President of the Basque Government ended the ceremony with two poems; through them he wished to show the modernity and universality of Basque Culture

Patxi Lopez swore his post as President of the Basque Government before the Tree of Gernika, a symbol of Basque rights, in a solemn ceremony held at the Assembly House of the foral town. Before that, the new President of the Basque Country took up his post in the Assembly Chamber and received the ruling makila (Basque people’s traditional cane) representing the fact that power has been legally constituted from the outgoing President, Juan Jose Ibarretxe.

Before a great number of guests, which included a broad representation of the main Basque Institutions: Parliament, Government, Regional Councils and Town Councils as well as representatives of the political parties and of Basque society, Patxi Lopez swore his post in Basque and Spanish on a copy of the Statute of Gernika using the following words: “Standing on Basque soil, under the tree of Gernika, before you, representatives of the Basque citizenship, in memory of our ancestors, with respect for the law, I swear to faithfully carry out my duties.”

The ceremony started with the arrival of the President elect and his wife, Begoña Gil, to the Assembly House in Gernika where they were received by the President of the Basque Parliament, Arantza Quiroga. After greeting the many guests in Gernika, amongst which there was a delegation of the central government headed by Vice Presidents Maria Teresa Fernandez de la Vega and Manuel Chaves, as well as the Presidents of several Autonomous Regions, Patxi Lopez headed inside the Assembly Chamber where he took up his post in Basque and Spanish, on this occasion using the following words: "I take up and assume the post of President of the Government of the Basque Country, as well as my condition as common representative of the State in its territory, and swear to carry out the duties of my post faithful to the Crown, the Statute of Autonomy of Gernika and other laws currently in force.”

After both ceremonies, the President of the Basque Country concluded by reading an extract of the poems, "Maiatza" by the Basque author Kirmen Uribe and "Nothing Twice" by Wislawa Szymborska; through them he wished to show the modernity and universality of Basque Culture.

The ceremony ended with the Aurresku, an ancient Basque dance to honour personalities, on this occasion with the music of an oboe, followed by "Gernikako Arbola" and the Basque anthem "Gora ta Gora".