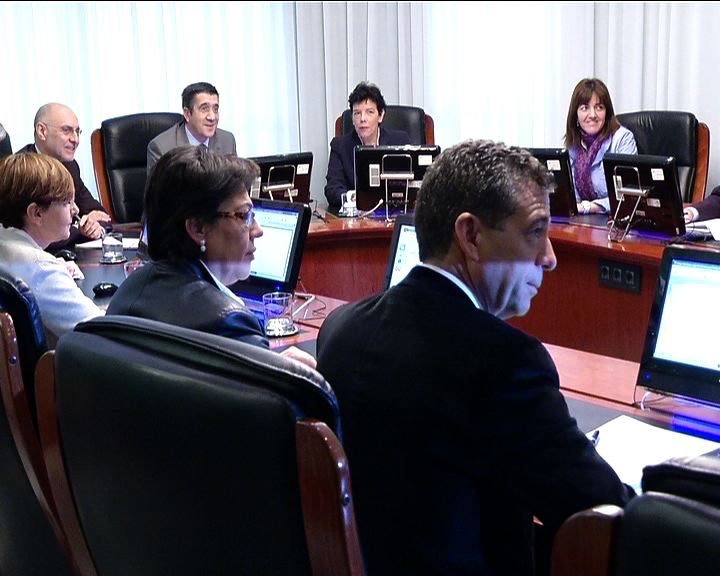 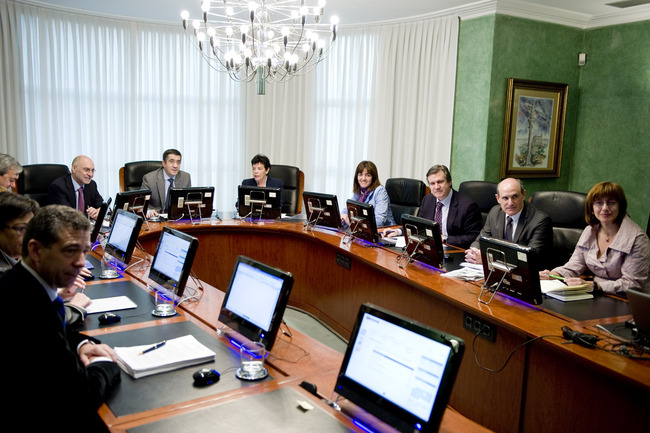 The white paper adapts the extraordinary measures set out in the Royal Decree of the central government with the aim of reducing public deficit to the situation and self-government of Basque Autonomous Community.

The project, which will be submitted to Parliament for processing through the single reading procedure, consists of a single article and several additional (8) and final (2) provisions. The article sets out, on the one hand, the reductions to be made in the remuneration of all public employees (senior positions, civil servants, non civil servant employees and part-time workers, and the directors of public companies). A progressive reduction will be applied according to level, as set out in the tables approved in the white paper. In annual terms, these fluctuate between 5% and 0.98% for the highest and lowest salaries, respectively.

In this sense, the greater reduction in remunerations will not be applied to monthly payrolls but to the extra payment at Christmas in order to guarantee both the progressive and complementary nature of the government's objective to reduce its wage bill by 5%.
With regard to non civil servant employees, a uniform salary reduction is established, equivalent to civil servant personnel, as well as for part-time workers and all public sector staff, including those working for public companies.

In the case of senior positions, the reduction will be 5% for directors, which is the highest established for civil servants, 6% for deputy ministers, 7% for ministers and 8% for the Lehendakari.

Likewise, a 50% reduction has been agreed in the contributions of the government to the funds and pension schemes of its public employees (Itzarri), which are reduced from 3% to 1.5% of the gross salary.

The economic support provided to state assisted education centres will be reduced. There will be a cut in the annual amounts provided to support staffing expenses, to the same extent as the reduction applied to civil servants.

In the specific case of Basque University personnel, the same cuts made to the salaries of civil servants will be applied to administrative and services personnel. Teaching and research staff remunerations will, however, be subject to the provisions of the Royal Decree-Law as these are regulated in accordance with state legislation.

The Basque Government has applied measures to reduce the public deficit in such a way as to lessen their detrimental effect as much as possible, within the legal framework. While it accepts the aim of reducing the government's wage bill by 5%, it maintains its commitment to solidarity. It should be remembered that the government will instigate additional measures to comply with its aim of reducing public deficit by 100 million euros.

These additional measures, already announced by the Lehendakari before Parliament, consist of reducing jobs through retirement schemes, a percentage reduction in accumulations of tasks and substitutions; eliminating jobs that have been vacant for one year and reducing absenteeism.

According to Basque Government estimates, the government White Paper will be submitted to Parliament this morning and will be processed by the Parliamentary Committee on Tuesday, June 15. It will be debated and voted on at the plenary session of Parliament on June 17 or 24.