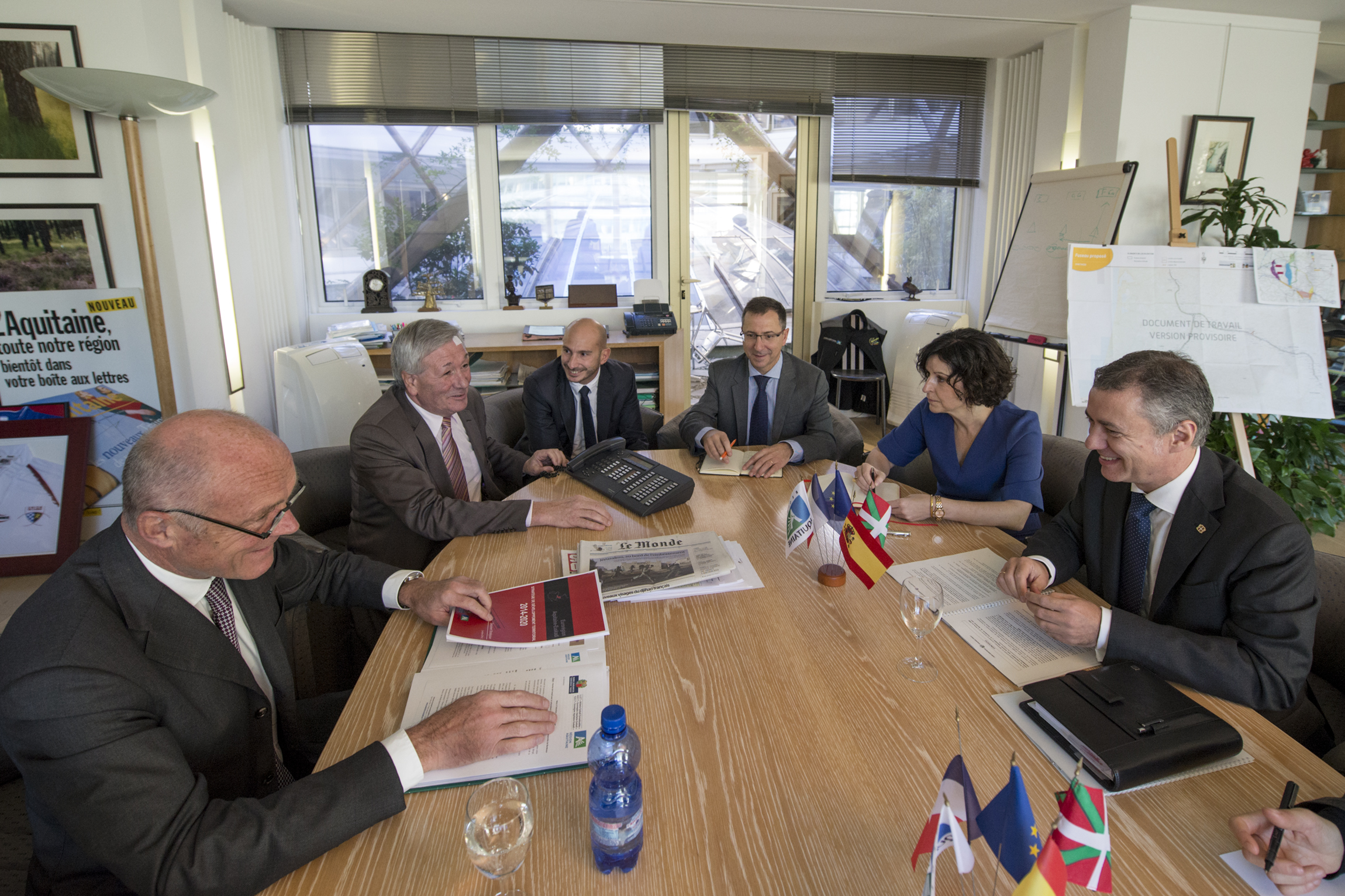 Embed video
Download mp4 video set (zip)
The Lehendakari meets with the leader of Aquitaine to sign a Convention between the University of the Basque Country and Bordeaux University Source: Irekia 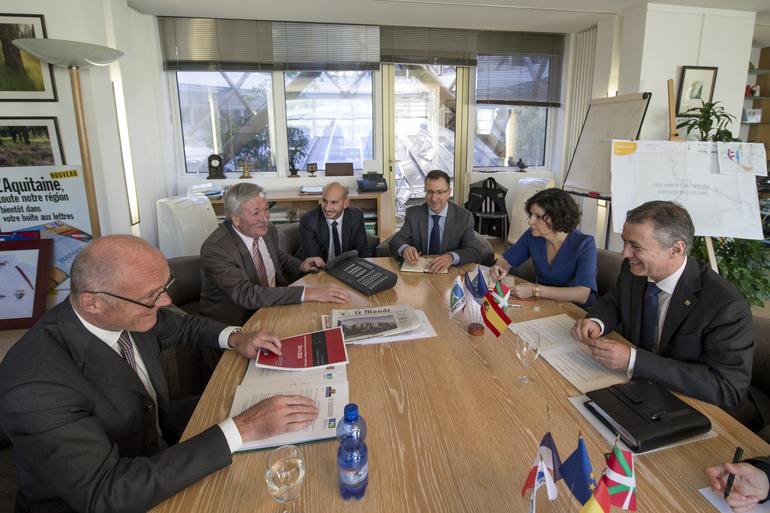 Lehendakari Iñigo Urkullu, the Basque Premier, and Alain Rousset, Chairman of the Aquitaine Regional Council, met in Bordeaux this morning to  sign a Convention between the University of the Basque Country and  Bordeaux University. During the meeting, both leaders analysed the Strategic Plan of the Basque Country-Aquitaine Euroregion for the coming five years, which will be unveiled on 19 September and they agreed to improve the cross-border suburban rail network by making improvements to Hendaye station.

The meeting between both leaders of the Basque Country-Aquitaine Euro-region, which the Lehendakari currently chairs after the handing over of power on 28 April, took place at the seat of the Aquitaine Regional Council. The Basque Government was also represented by the Secretary General for External Action, Marian Elorza, and the European Affairs Director, Mikel Antón.  Aquitaine was represented by Francois Maitia, the Deputy Chairman for European Affairs and Cross-Border Cooperation, Bernard Uthurry, Deputy Chairman for Transport and Infrastructures, ad Mathieu Bergé, the Regional Councillor of the Aquitaine Transport Commission.

During the meeting, both leaders analysed issues such as the Strategic Plan of the Basque Country-Aquitaine Euro-region for the coming five years, which will be unveiled on 19 December, the territorial reform in France announced by the Government of the Republic, along with areas to do with transport, such as the high speed rail connection and the Transfermuga project to set up a suburban transport network on both sides of the frontier (Topos-TER). Specifically in this last area, both leaders agreed to work together on specific improvements to Hendaye station.

After the bilateral meetings, and during the signing of the Collaboration Agreement between the UPV/EHU and Bordeaux University, Lehendakari Urkullu declared that the Basque Country and Aquitaine “clearly share the conviction to construct a united and borderless Europe. And also to give momentum to the European Atlantic Corridor". The Lehendakari went on to say that it is a “cooperation space with a connected and interrelated citizenry, with companies and universities that develop joint initiatives”. “This Europe constructed bottom up, based on cooperation, is possible", stressed the Lehendakari, at the same time as he called for "tackling the global challenges as a Euroregion, making use of the full potential of the international outreach driven by both governments”, the government of the Basque Country and that of Aquitaine.