During his meetings in Mexico, the Lehendakari stresses that the country's energy reform is opening up major opportunities for Basque companies 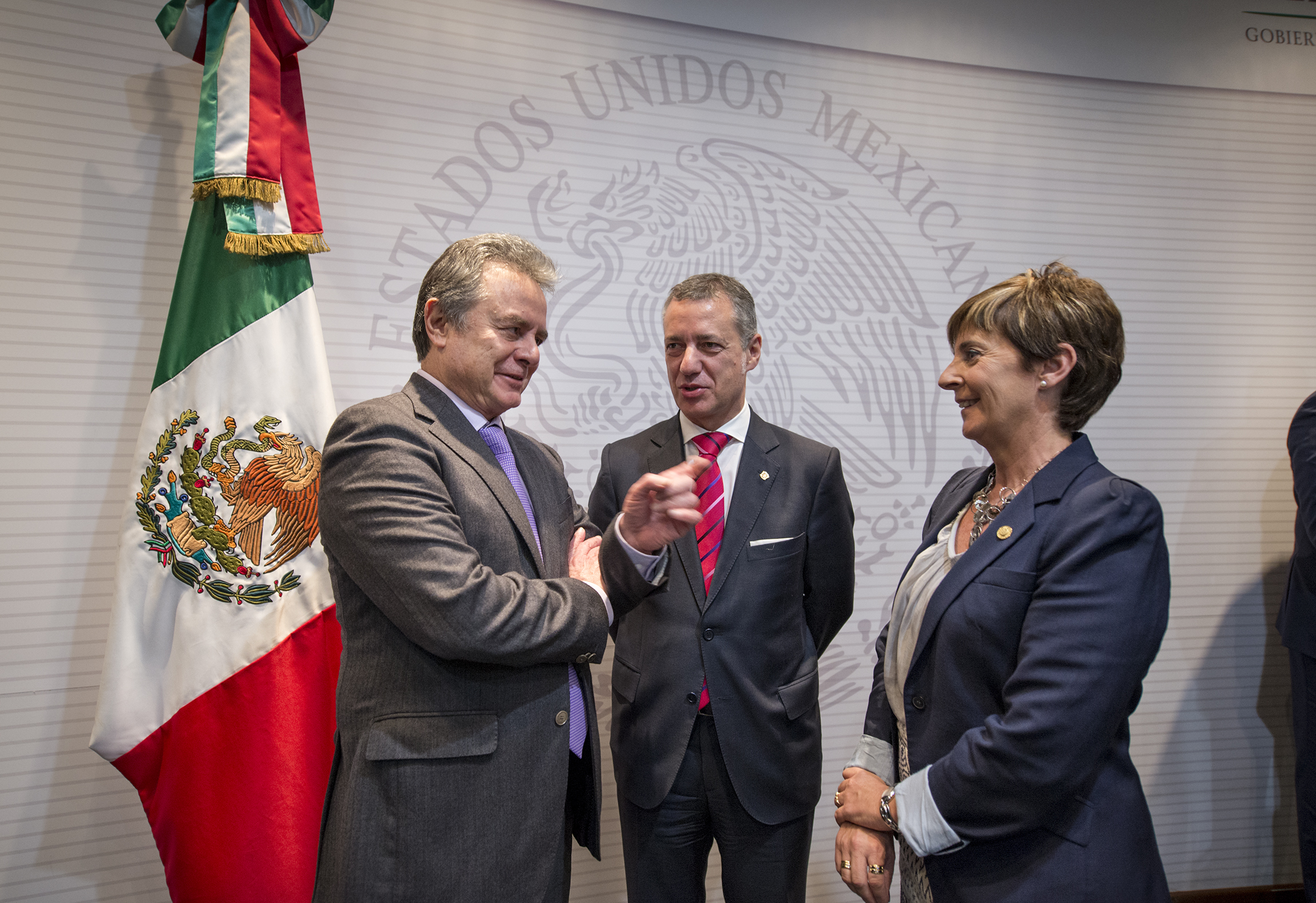 Embed video
Download mp4 video set (zip)
During his meetings in Mexico, the Lehendakari stresses that the country's energy reform is opening up major opportunities for Basque companies Source: Irekia 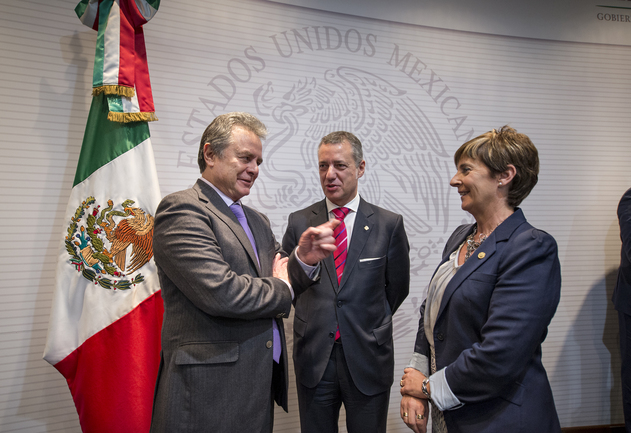 During his meetings in Mexico, the Lehendakari stresses that the country's energy reform is opening up major opportunities for Basque companies

During his meeting with the Mexican Ministry for Energy, Lehendakari Iñigo Urkullu, the Basque Premier, stressed that the Energy Reform on which the Mexican Federal Government is embarked offers great opportunities to the Basque companies in the energy sector.

When summing up the meeting held with the Mexican Minister, Joaquin Coldwell, the Lehendakari wanted to stress that the Minister had expressly paid tribute to the Basque companies in the sector that have worked with the Basque Government in the consultation period for the reform.

The Lehendakari stressed the rigour of Basque Companies, their international approach, the level of compliance, and highlighted the accumulated experience in the Basque Country in energy policies.

On the other hand, the Basque Minister for Economic Development and Competitiveness, Arantza Tapia, who is with the Lehendakari on the official trip to Mexico, pointed out that the Energy Reform being driven by the Mexican Federal Government opens up huge opportunities for Basque companies, which at the same time are already well positioned in the country.

Minister Tapia was very positive about the meeting held first with Pemex, as part of the Lehendakari’s trip to Mexico and when it was confirmed that that company's oil monopoly would be ended and the market would thus be opened up to other companies.  On the other hand, Arantza Tapia announced that meetings would be held the following day with the Energy Regulatory Commission and the Federal Electricity Commission to learn about the regulations that will govern the new energy scene in Mexico.

Arantza Tapia thus wanted to stress that those meetings would be held to coincide with the Federal Government is going to pass 25 regulations that will govern energy reform.

During the meeting, they analysed the overlaps between the economic agendas of both companies, in the context of implementing the Mexican Energy Reform and the industrial and specifically energy part of the Basque economy.

Secretary Joaquín Coldwell stressed different actions underway in the implementation phase of the Energy Reform, such as the awarding of production and exploration areas to PEMEX in Round 0, the announcement of the first round of tendering processes and the first partnerships of Petróleos Mexicanos with other operators, along with the forthcoming publication of 25 regulations of the Reform, including the rules for  clean energy certificates.

The new Mexican electricity industry model opens up the way for private investments in energy generation and marketing and fosters the integration of renewable energy in the energy matrix.  These areas will clearly offer new cooperation opportunities with the Basque industrial and energy sector.

The Basque Country has a leading energy sector, compromising energy (electricity, gas and steam, and oil refining) distribution and generation activities and the industry supplying capital goods, energy and services for energy facilities.

During the meeting, the Lehendakari explained that the companies in the Basque energy sector are international players and provide other countries with their technology and their experience.

Mexico is one of the countries where more Basque companies from the energy sector set up given the opportunities that it offers, and the renewable energy and electricity distribution and transport sectors are the ones with the greatest present.

The SENER Deputy Secretary for Electricty, Dr. César Emiliano Hernández Ochoa,the General Manager for the Efficient Use of Electricity (CONUEE),  Odón de Buen Rodríguez, were at the meeting, along with representatives of Basque companies including Iberdrola, Arteche Group, Ingeteam, Sener Grupo de Ingeniería, Velatia and of the Energy Cluster.