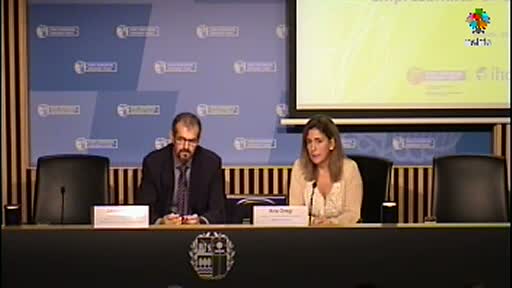 Embed video
Oregi stresses the leading environmental role of the Basque Country among the most advanced European regions Source: Irekia 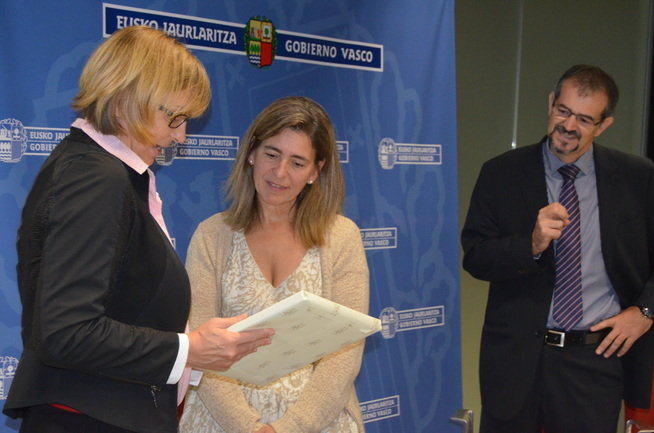 “Our environmental policy over the last three decades has allowed us to position the Basque Country among the most advanced European regions, both in terms of the policies and instruments implemented, and the results obtained," pointed out the Minister for the Environment of the Basque Country at the opening of the international meeting which is particularly concerned about the effects of Climate Change.

”The threats to the environment are global, but we believe that local responses are essential and therefore the role of networking provided by networks such as ENCORE is a key instrument when it comes to showcasing the work of our governments. The cooperation between different sub-national governments and the sharing of experiences between everyone is a key aspect to ensure that we can build innovative environmental policies that address those challenges," highlighted the Minister.

The Basque Government's Ministry for the Environment and Territorial Policy, an active member of the conference, will showcase the contents of the Basque Ecodesign Meeting 2014, which will gather in Bilbao three hundred professionals working in service and product design on 17 November.  The UNESCO Chair of the University of the Basque Country will also address the relationship between the ecosystem services, and territorial management and planning.

The meeting is also an opportunity for the Basque Government’s Environment Ministry to hold a meeting with representatives of the German state of Bavaria to analyse future environmental cooperation projects under the agreement signed between that region and the Basque Autonomous Community last July.

The ENCORE Conference is a forum for discussing environmental issues of regional significance and regions from all over Europe take part.  Apart from being a means for cooperation between regions and to exchange experiences, this forum enables regions to establish a common position and exert their collective influence on the formulation of environmental policy within the European Union.

On 16 May, Oregi took part in the Environmental Conference of the Regions of Europe (ENCORE) in Munich, chaired by Marcel Huber, the Minister for the Environment and Consumer Protection of the State of Bavaria.

ENCORE is dedicated to political co-operation between the regional Environment Ministers in Europe. ENCORE aims to contribute to the effective implementation of EU environmental policy, to improve environmental governance and to foster sustainable development in the regions of Europe.

Therefore, ENCORE:   provides politicians with a forum for discussing environmental issues of regional significance, enables regions to establish a common position and exert their collective influence on the formulation of environmental policy within the European Union, especially by means of meetings with EU Commissioners and authorities, and facilitates cooperation, exchange of experiences, innovation and common activities among regions on environmental issues.