The Basque Government and the State of Querétaro sign a cooperation agreement for tourism, research, cultural, educational and business projects 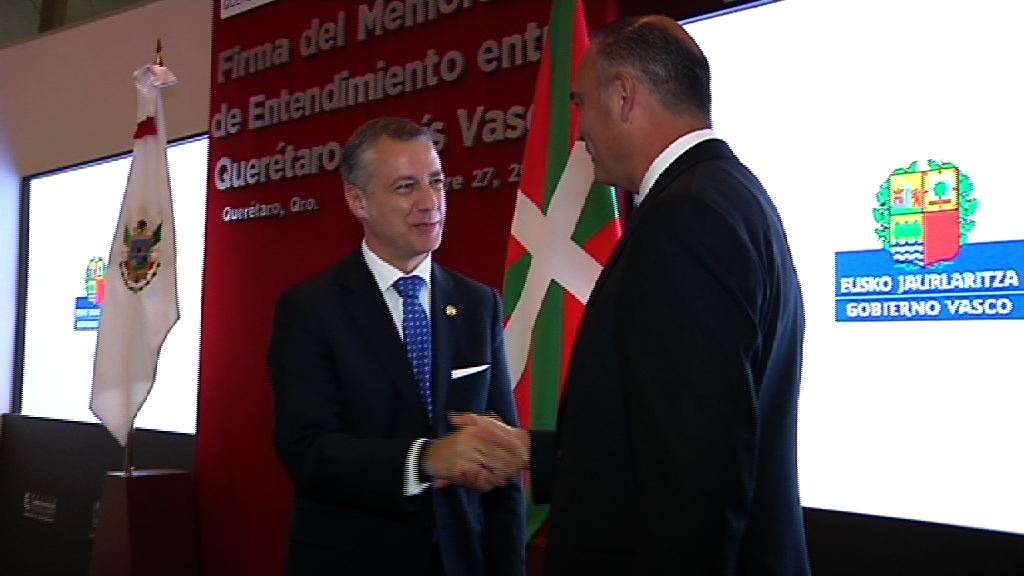 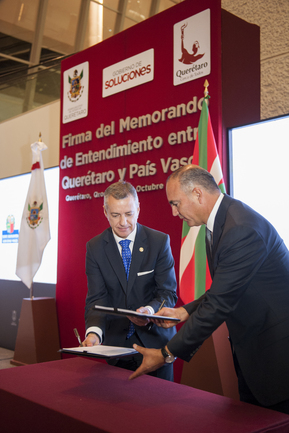 During the ceremony, Lehendakari Iñigo Urkullu expressed the Basque Government’s determination to delve further into those areas. “Today, we have signed an agreement between Querétaro and the Basque Country,” he explained. “We have already been working together on specific projects for some years now. This partnership has today become more relevant as we have paved the way for the future, consolidating what has already been done, and opening up the way for new opportunities,” he added. The Governor also stressed the future opportunities created by this agreement and which will strengthen the ties between the two communities.

This agreement, signed in the institutional seat of the Government of Querétaro during Lehendakari Urkullu’s official trip to Mexico, established six specific areas of cooperation:

The meeting with the Governor of the State of Querétaro and the signing of the Agreement was the first meeting of the Lehendakari’s political agenda for his official trip to Mexico. He had earlier met with nearly 40 Basque companies operating in three Mexican States, including Querétaro, and had opened the new Mondragon-UCO Universiyt.

On the other hand, the Lehendakari will today visit the Aernnova plants in Querétaro and will attend the international Mexico Business Summit, where he will give a speech along with various Mexican Governors.