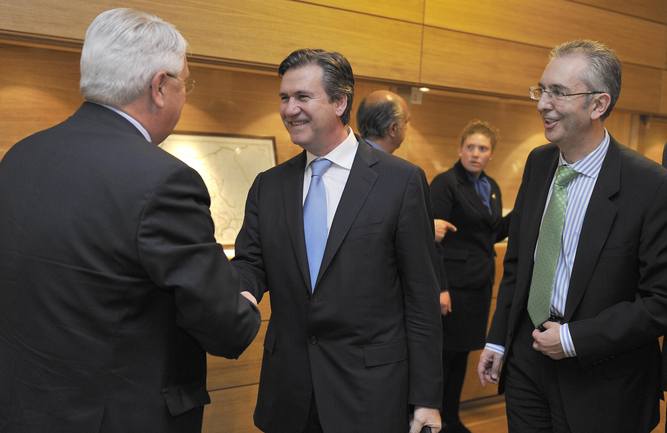 Unda was taking part in the Inside Forum conference

The Industry Minister declared at the Inside Forum on the economic crisis in SMEs that terrorism is a "non-competitiveness" factor involving a loss of wealth for the country.

The Minister for Industry, Innovation, Commerce and Tourism of the Basque Country announced today that the figures available to his Department on production in the Basque Country indicate that "we are now in a phase of industrial recovery". According to his statement, April was "the best month of the last 33 months" and for this reason the sector is "in expansion".

Bernabé Unda announced these figures during his talk at the Inside Forum organised by the University of Deusto in Bilbao, entitled "The economic crisis in SMEs".

The Minister said that the figures announced today on industrial prices, which last month rose 1.2% compared to the previous month and 3.3% in inter-annual terms, are highly encouraging. However, as Unda explained, one factor that does not favour the industrial sector is terrorism. The Minister said that this has been revealed in a number of studies that are currently assessing "the loss of wealth brought about by terrorism" and added that terrorist activity is a factor of "non-competitiveness".

During his speech, the Minister of Industry declared that the Basque Government supports those companies affected by the economic crisis through two strategies: the "Withstand, Compete" Plan and the "Be a Leader" Plan. Moreover, he indicated that internationalisation and innovation are key strategies in order to emerge from a negative economic situation and to "be the best" in the sector.