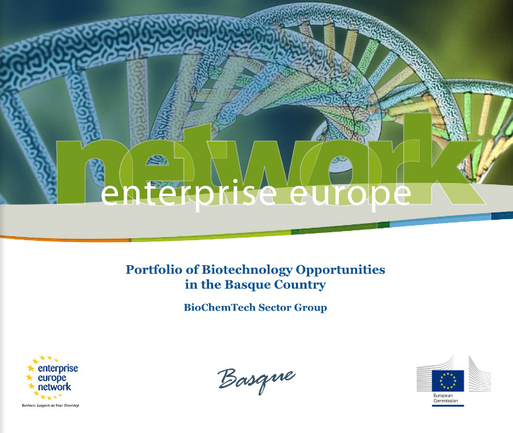 - The Basque Ministry for Economic Development and Competitiveness is sending a delegation to the convention that last year attacted 13,500 delegates from 62 countries.

- The Biobasque strategy, under the aegis of the SPRI business agency, is aimed at fostering cooperation between the academic world, the health system and the industry in the sphere of biosciences

-The Basque bio-region unites over 75 companies that invoice over 320 million euros and generate over 3,000 highly-skilled jobs

The BioBasque agency, a strategy set up by the Ministry for the Economic Development and Competitiveness, through the SPRI, to foster cooperation between the academic world, the health system and industry in the field of bioscinces, is taking part, until the next Thursday, in the “Bio International Convention”, the main biotechnology event in the world that is being held in San Diego (United States). The 2013 BIO, held in Chicago, attracted 13,500 delegates from 62 countries, 1,722 exhibitors and there were 25,573 partnering meetings.

The Basque delegation comprises five companies with their own stand and institutional representatives of the SPRI Group. The Spanish official pavilion, in which the BioRegion of the Basque Country and other bioregions such as Andalusia and Catalonia are located, covers more than 220 square metres at the fair.

The biosciences sector is one of the most dynamic driving motors of technology change of our economy, the result of the Basque Country's commitment to smart specialisation. The Basque bio-region unites over 75 companies that invoice over 320 million euros and that generate over 3,000 highly-skilled jobs  In Spain as a whole, it is growing at a rate over the average of the European Union, which makes it the fifth market in biotechnology scientific production, behind the United Kingdom, Germany, France and Italy.

SPRI, the coordinator of the Basque Enterprise Europe Network, is collaborating in the North America Meets Europe event, organised by the European American Enterprise Council and CONNECT on 22 June.

Since 2010, the SPRI has been working on the Portfolio of Biotechnology Opportunities in the Basque Country, a document to disseminate the technology supply and demand of the companies of the BioRegion of the Basque Country. The final aim of the portfolio is to look for the collaboration opportunities with other companies that express interest in any of the published profiles.