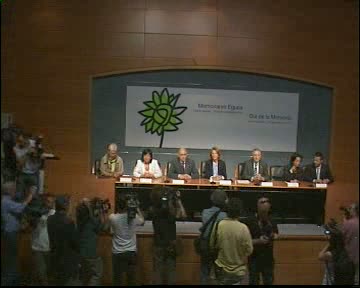 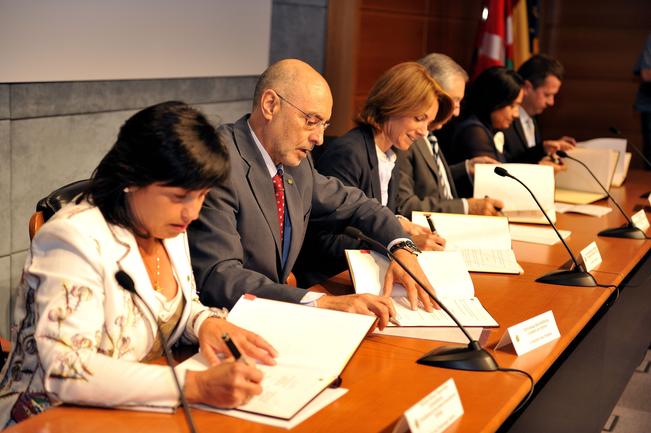 The Basque Government, the Basque Parliament, the General Councils of Alava, Bizkaia and Gipuzkoa, and EUDEL have agreed to establish November 10 as the ideal day to commemorate Remembrance Day as it is the day on which no fatal terrorist attack has been recorded. The Interior Minister, Rodolfo Ares, pointed out that this agreement was "essential in order not to forget the terrible suffering caused by terrorism, now and in the past" and "in order to consolidate peace, coexistence and freedom in our society".

The first Victims of Terrorism Remembrance Day will be held on November 10 this year. This date, agreed upon by all Basque institutions, will be "a solemn day on which we will be able to seek comfort in the remembrance of the victims of terrorism. Both institutions and public will be able to express their solidarity with everyone who has suffered from terrorism". The Interior Minister, Rodolfo Ares, explained that November 10 had been chosen because it is the day on which there have been no fatal terrorist attacks and represents the "perfect complement to the ‘Memory Map' being designed by the Victims of Terrorism Office". "It is the best contribution that we can make to coexistence in peace and freedom, not only for our own benefit, but also that of future generations", he added.

The agreement to establish November 10 as Remembrance Day was signed this morning in Lakua. In addition to the Interior Minister, Rodolfo Ares, the agreement was signed by the President of the Basque Parliament, Arantza Quiroga, the Presidents of the General Councils of Alaba, Juan Antonio Zárate, Bizkaia, Ana Madariaga, and Gipuzkoa, Rafaela Romero, the President of EUDEL, Jokin Bidarraitz, and the Director of the Victims of Terrorism Office of the Basque Government, Maixabel Lasa.

In his speech, the Minister pointed out that it had been "easy" to reach this "commitment to democratic unity" taken with the aim of "remembering history in order to build a future together, in peace and in liberty". "It is essential in order not to forget the terrible suffering caused by terrorism now and in the past" and "to consolidate peace, coexistence and freedom in our society", he concluded.