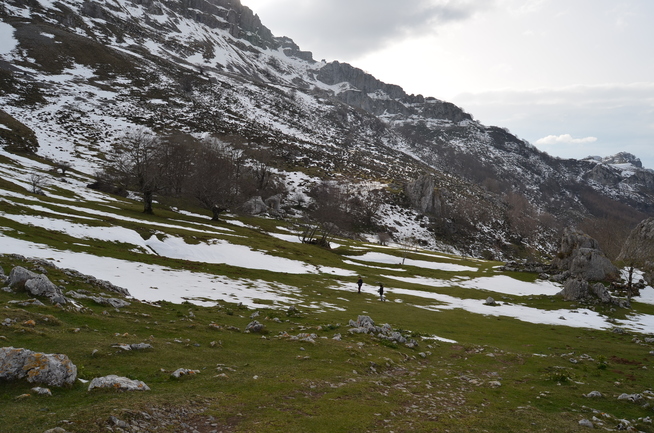 During June, the Basque Government’s Ministry for the Environment and Territorial Policy informed and consulted stockmen, farmers and the general public about the proposed conservation measures and objectives linked to the Gorbeia areas being declared a Special Area of Conservation – SAC of the Natura 2000 Network of the Basque Country.

The public participation process of this future SAC was mooted in the plenary session of the Board of the Gorbeia Natural Park with the presence of the provincial environmental directors of Bizkaia and Araba/Álava, Maria Uribe and Belen Echevarria, and the Basque Government’s Director for the Natural Environment and Environmental Planning, Amaia Barredo, along with the representatives of the local councils and the other members of the Board.

“The aim of the public participation process being now considered is to listen to the opinion of stockmen, farmers, users of the Natural Park and of the general public on the potential impact of the proposed measures to conserve the space on the management of the activities that are currently organised or may be organised in the future in this sphere,” stressed Amaia Barredo, the Basque Government’s Director of the Natural Environment and Environmental Planning.

A Special Area of Conservation (SAC) is an area with important environment values, particularly habits and species considered to be of community interest, which needs to be conserved to avoid the loss of biodiversity. The different SACs make up a European Network of Natural Areas known as "Natura 2000".  This SAC Network is considered the main tool to contribute to slowing down the progressive loss of biodiversity throughout Europe.