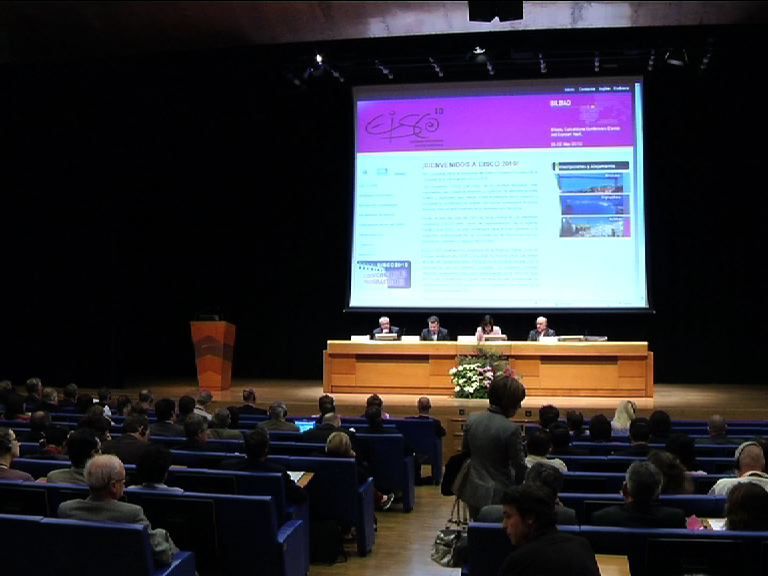 Download photo
Embed image
The Basque Government is to pass its Innovation Plan for the "full development of electronic public services" by the end of this legislature Source: Irekia

Irekia, Open data and electronic signatures are the main examples of the progress being made by the Basque Government in the field of e-Government during this the first year of its legislature

The Minister for Justice and Public Administration, Idoia Mendia, explained the Basque Government's determination to increase the "transparency" of the Basque administration in order to "improve democracy" in this way. In fact, the Government is designing an Innovation Plan for the public administration. "Not only do we want to continue making progress in the field of electronic administration but also we wish to take advantage of the new technologies to improve our democratic systems", Mendia pointed out at the opening session of the EISCO 2010 conference which is being held, from this morning, at the Euskalduna Conference Centre in Bilbao. Mendia explained that the Basque Government has the "clear intention to be transparent" in its activities and for this reason provides the public with all kinds of information "that allow them to know about and assess the actions of the Government". "An example of this is the publication of the Legislative Calendar and the Calendar of significant plans and actions of the Government available on our Irekia website", she added.

The Basque Government plans to "develop wide-ranging electronic public services" before the end of this legislature. To do this, the Government has developed an Innovation Plan to "order and prioritise all the projects and measures required to advance in the development of the electronic administration and democracy". The Minister of Justice and Public Administration, Idoia Mendia, explained that, within its promotion of the electronic administration, the government has made progress in instigating the Irekia participation and transparency portal, the Open data portal, and during this month of May, has distributed new electronic signature cards among all the employees of the Basque public administration. Mendia emphasised that "transparency, participation and collaboration" are the principles promoted by the Government of the Basque Country "in a determined manner", led by the Lehendakari, Patxi Lopez. "An example of this is the publication of the Legislative Calendar and the Calendar of significant plans and actions of the Government already available on our Irekia website", she added.

The Minister for Justice and Public Administration, Idoia Mendia, took part this morning in the opening session of the EISCO 2010 conference, attended by 300 municipal representatives of more than 200 European town halls, who met today in Bilbao to analyse their progress in e-Government, public participation, organisation and inclusion. Together with Idoia Mendia, the president of Eudel, Jokin Bildarratz, the Secretary General of the Council of European Municipalities and Regions, Frédéric Vallier, And the President of the European Network ELANET, Javier Ossandon, were also present.

In this sense, Mendia revealed that the Basque Government expects "to fully develop electronic public services within this legislature" and for this purpose is to pass its Innovation Plan.  Among the first steps in order to achieve this aim, the Minister highlighted the "digitisation process of administrative procedures, both externally with the public and companies and internally between the different areas of the administration".