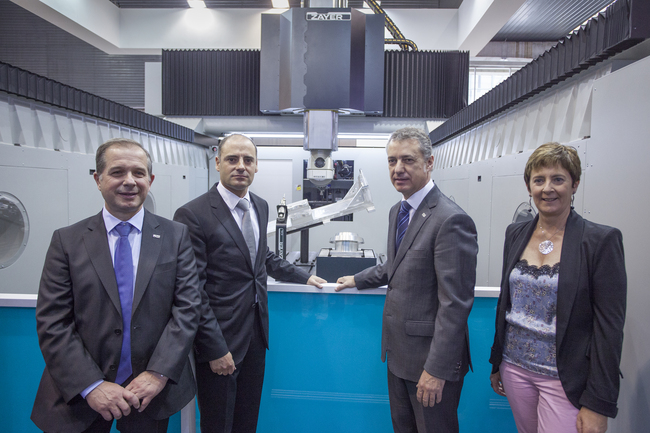 Lehendakari Iñigo Urkullu, the Basque Premier, today opened the International Machine Tool Biennial - BIEMH 2014 at the Bilbao Exhibition Centre (BEC). The Lehendakari has set the target of being “the best machine tool manufacturers” and he stressed that innovation is the only way to achieve it.   Innovation and Advanced Manufacturing is a strategic core area of the Basque Government.

At the opening, which was attended by several members of the business community and representatives of Basque institutions, Lehendakari Urkullu stressed that his government would continue to be committed to industry. In fact, he pointed out that just a few days earlier they had launched a programme to support SME export activities, to which 100 million euros had been allocated.

The 28th International Machine Tool Biennial (BIEMH) has attracted 1314 exhibitors from 27 countries, 12% up on the previous event, to the Bilbao Exhibition Centre (BEC). The BIEMH is one of the three most important trade fairs in Europe, recognised by the European Association of the Machine Tool Industries and the European Association of Machine-Tool Distributors. In the words of the Basque Government’s Minister for Economic Development and Competitiveness, Arantza Tapia, this trade fair is seeking to get operations and business up and running. The expected impact in terms of Gross Domestic Product (GDP) will be around 30 million euros, with tax revenue of around 4.5 million euros.