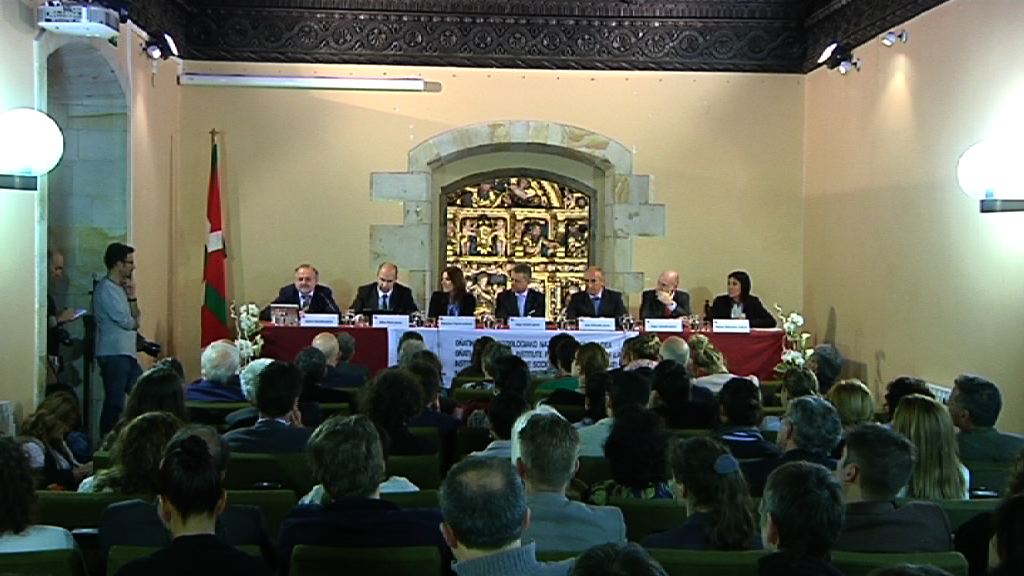 (*) This subtitling service is generated in an automated way with a software version under test. Sorry for any errors.

Lehendakari Iñigo Urkullu, the Basque Premier, opened the International Institute for the Sociology of Law Congress organized by Oñati University. According to the Lehendakari, “the change in the social model that we are experiencing requires sound discussions on the social phenomena and their legal regulation”

In this regard, the Lehendakari argued for a reform to the Constitution in response to a social demand "for the plurinational reality of the State being recognised”. It is a “deep-rooted" demand in the Basque Country that seeks to find a solution for a political dispute.

According to the Lehendakari, “reforming the constitution has been shown to be possible" and he stressed that as long as the law fails to serve society, "the dispute will continue and there will be no solution".