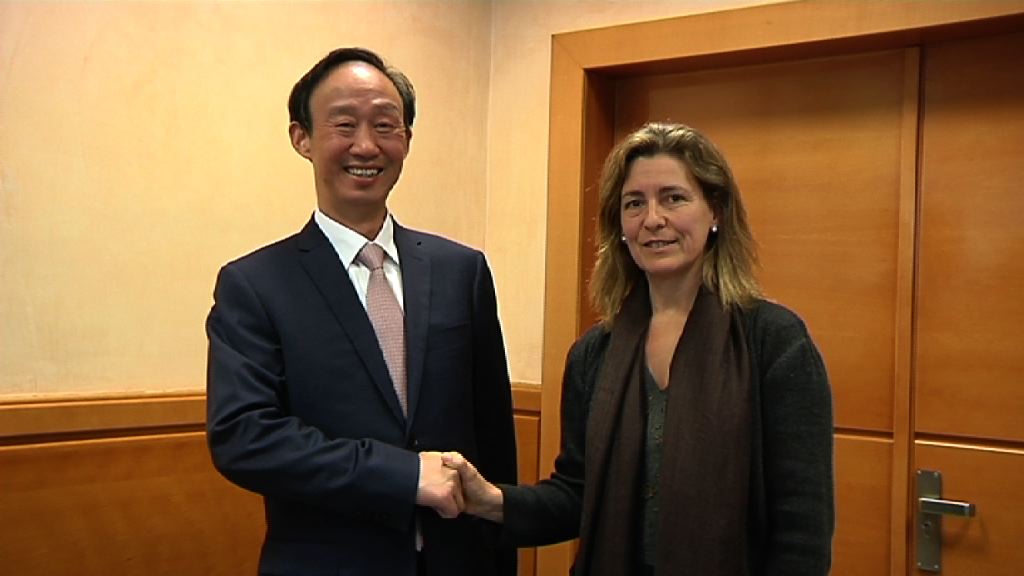 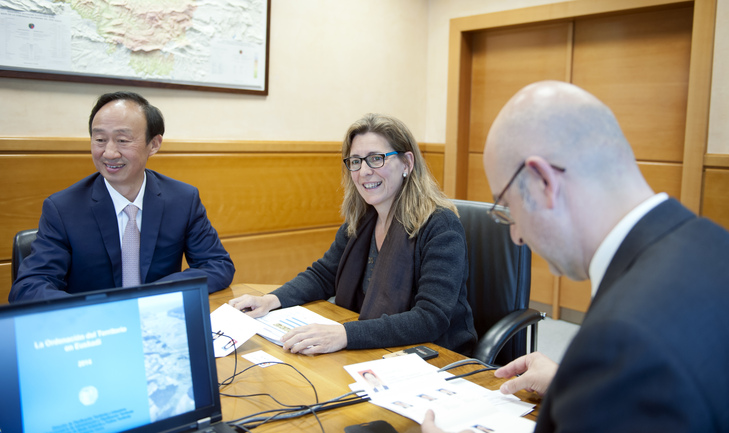 Oregi also enquired about the situation in Jiangsu with its 67 million inhabitants and whose main industries are electronics, telecommunications, textile, chemicals, machining, construction, and metallurgy sectors, with agriculture production based on rice grown in the River Yangtze delta and wheat, sorghum, corn, cotton, sesame and peanut crops. The province also has natural gas, oil and coal fields, together with a strong business structure with nearly 912,000 private companies.

“Logically, the situations are completely different,” Oregi explained, who stressed to the Jiangsu representatives the differences that exist between the urban and rural worlds of that large Chinese region, “something that no longer occurs here as the integration between both occurs in a natural and measured way.

The Jiangsu delegation also expressed their interest in the environmental correction and prevention measures that the Basque Country, following the course set by the European Union, is implementing, given that the industrial growth occurring throughout China is not always part of effective legislation.

On 11 December 2012, an Environmental seminar, organised by the SPRI and the ALCIMA cluster, was held in Bilbao with Jiangsu companies interested in the sector. The aim was to establish the situation of the environment sector in China, learn out the short- and medium-term projects of these three Asian companies to try to involve Basque companies in those projects, as well as to drive partnership and joint-venture agreements between Basque and Jiangsu companies.