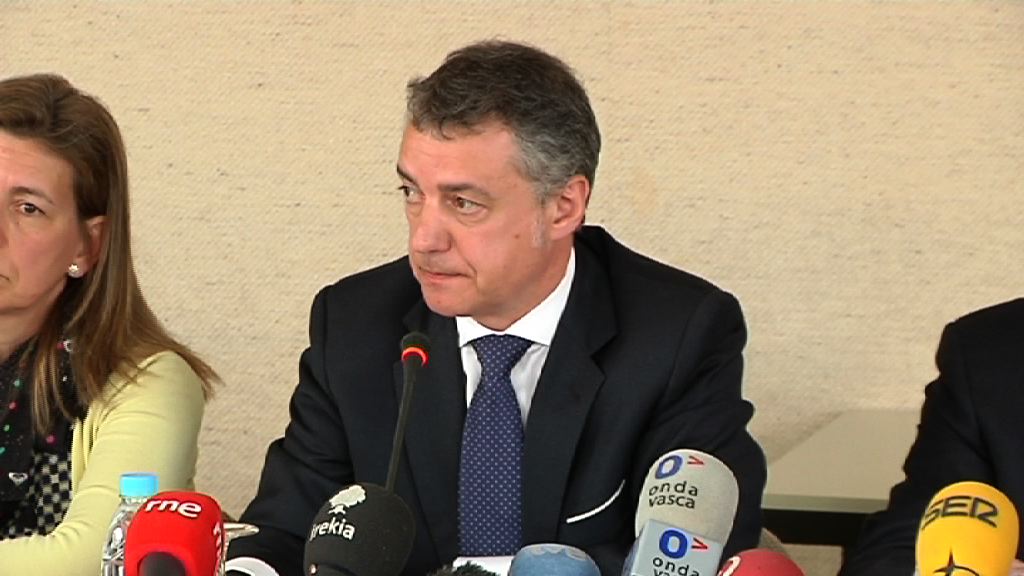 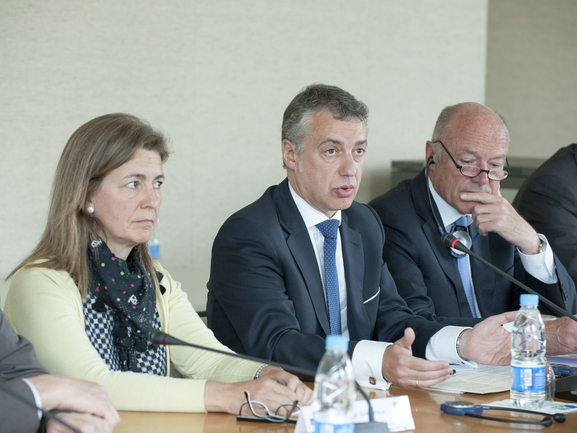 The Basque Country-Aquitaine Euro-region today held the summit in Bordeaux where the Aquitaine Regional Council Chairman, Alain Rousset, handed the presidency of the Euro-region to   Lehendakari Iñigo Urkullu, the Basque Premier, for the coming two years.

Both leaders ratified the commitment of their Governments to continue to consolidate the Basque Country-Aquitaine Euro-region.  This commitment will involve each government allocating 50% of 1.1 million euros to the Euro-region

This entity will continue to work on the projects already underway with special emphasis on raising the profile of the Euro-region and the emphasis on the rail connection. In the words of the Lehendakari, the Euro-region considers that rail connection to be a “strategic project” to ensure passenger mobility and for transporting goods. It is, according to the Lehendakari, the departure gate to the south and north.

With respect to the latest news published on the possibility of the Spanish Central Government not financing the underground routing of the high speed train (HST) into the Basque provincial capital, the Lehendakari stressed that the Basque Government had received “no official information” in that respect from the Spanish Government.. The commitment in place is that it will happen, although the Lehendakari urged the Spanish Government to answer these questions. Urkullu pointed out that even though there had been a request to delegate competences to embark on the works, it continued to be the remit of the Central Government.

The new challenges facing the new presidency include driving plurality and the use of three languages, improving the governance model and the Memorandum of Understanding in the health field.

The meeting, at which members of the Basque Government and of the Aquitaine Regional Council took part, took stock of the main activities implemented by the Euro-region during the last year.

Lehendakari Iñigo Urkullu and Chairman Rousset also visited the High Speed Train works.  They first flew by helicopter over the work underway around Bordeaux and they then walks along the stretch of the Dordogne viaduct.

Both governments thus stressed that the rail connection is a key priority for the Euro-region in the medium- and long-term, as it will ensure the cohesion of both territories and their link with Europe.