Minister Cristina Uriarte embarks on an official trip to China 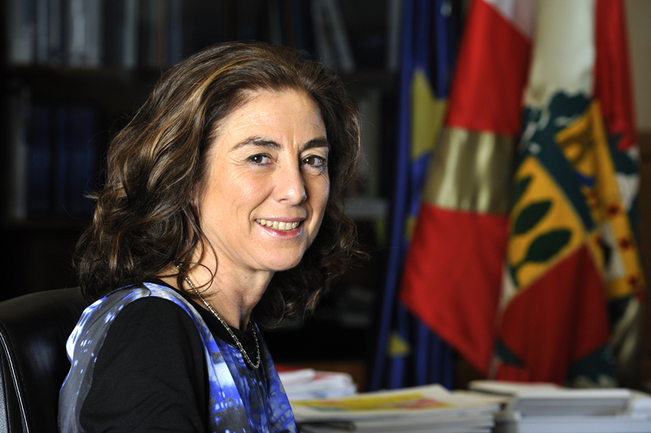 The Basque Government’s Minister for Education, Linguistic Policy and Culture, Cristina Uriarte, will be on an official trip to China from 24 to 28 March. The objective of the trip is to open up new partnership channels with different academic institutions of the country, both regarding Vocational Training and the University, along with consolidating and giving impetus to the academic agreements already in place.

The trip will be to Beijing and, in particular, the city of Tianjin, just 125 kilometres from the Chinese capital. This city, with over 12 million inhabitants – one of the country’s 5 autonomous cities -, has become the country’s main seat of academic innovation, together with Shanghai, in recent years. The city is currently embarking on an ambitious plan to build what will be the largest university complex in the world, with a capacity for up to 200,000 students. The university complex is home to the prestigious Tianjin university (known as China’s Oxford), along with the main vocational training centre in northern China (AFZ), with 9,000 students.

The first part of the trip will focus on Vocational Training (VT). As the guest of the President of the CSMC (the Tianjin Machine Tool Vocational Training Institute and located within the aforementioned VT main centre – AFZ), Minister Cristina Uriarte will visit its facilities and analyse the degree of collaboration that currently exists between that institute and the IMH – the Basque Machine Tool Institute – (a vocational training public centre of the Basque Government). This successful relationship has been in place for over 10 years and is now being further consolidated.

From the start of the current academic year, CSMC local students are taking part, for the first time, in a higher training cycle - "Advanced Technical Diploma in Machine Tool Production Programme" - regulated and linked directly to Basque Vocational Training. The IMB is responsible for structuring the educational model, the curriculum material and training the centre’s academic staff. It is a project that seeks to train its students to met the demand of the local industrial companies, particularly Basque companies. In fact, this close relationship between Basque VT centres and Basque companies was one of the most highly rated aspects by the Chinese authorities when embarking on this agreement. The relationship in place between the IMH and AFM (Association of Machine Tool Manufacturers) has become a benchmark for business-training relations in the Asian country. Each year, there will also be work placement in Chinese companies, through CSMC, for a group of IMH students, and vice versa.

This initiative is giving impetus to one of the objectives in the “Basque VT Strategic Agenda 2015”: to foster the internationalisation of Basque VT, by consolidating collaboration with those places where educational innovation can help Basque VT in its continuous improvement.

The first part of the trip will also include a visit to the Fagor Automotion premises in Beijing, a factory with a close relationship with CSMC and which will be strengthened by the better training of its students and the need by the Basque companies located there to contract qualified workers.

The Vocational Training centres share a campus with Tianjin University. In recent years, the university has been firmly committed to driving first-rate programmes and to supporting numerous research centres.  During the meeting planned with Tianjin University representatives, Minister Uriarte will seek, as the representative of the Basque university system - and in coordination with those universities -, to consolidate and expand the existing relations between that university and the Basque Country, particularly in those areas linked to technical qualifications.  This will be achieved by fostering student exchange programmes, working together on academic programmes, or supporting research programmes.

Deusto University already has academic agreements in place with this University and the University of the Basque Country (UPV-EHU) is about to sign a collaboration agreement. Mondragón University has also told the Minister that it is ready to embark on a beneficial relationship with Tianjin University for their students.

After these meetings covering education and training, the Minister's schedule includes a meeting with representatives from the BTV television station, which has access to over 800 million viewers.

This impetus focusing on Vocational Training, the university and BTV come under the “Basque Country Strategy”, an initiative where the Basque Government is seeking to open up borders, by creating ties with economic, social, cultural or educational stakeholders and institutions. The future of the Basque Country is global, is open. Following in the steps of companies, universities, technology centres or cultural entities, the Basque Government is firmly committed to everyone going in the same direction.

This international outreach and openness to the world has be to underpinned by an integral strategy, the Basque Country Strategy, which, based on our strengths and unique characteristics, positions us as a benchmark for excellence, as a model for quality of life and social cohesion, as a competitive and innovative territory. The aim is for the values shared by Basque society, such as the culture of hard work, commitment, the capacity to overcome or social justice, are associated with the image of the Basque Country and become our international business card.