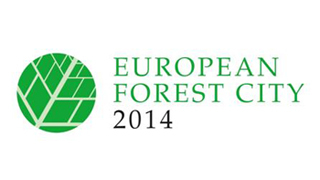 The European Forest Institute has granted the title to Bilbao in recognition of its development and integration of peri-urban green spaces.The recognition seeks to showcase the endeavour to preserve a forest environment within such easy reach of the urban centre for it to be a source of inspiration for other European cities.

Bilbao has been granted, by the European Forest Institute, the title of European Forest City 2014. The Basque Government’s Director for Quality and Food Industries, Peli Manterola, and the NEIKER-Tecnalia manager, Josu Ezkurdia, were at the ceremony.

The award ceremony was organised by the  European Forest Institute (EFI) and NEIKER-Tecnalia, a publicly-owned company answering to the Basque Government’s Office for Agriculture, Fisheries and Food Policy, and associate partner, on the eve of the International Day of Forests, in recognition of the work of the city of Bilbao to foster the integration of wooded and green spaces in the urban structure and activities.

The city of Bilbao will also host the Institute’s 2014 Annual Conference.

The European Forest Institute (EFI) is an international organisation established by different European States.  EFI conducts research and provides policy support for the management and sustainability of forests.

In urbanized European societies, the role of forests as a source of raw materials, welfare, health and other social benefits is easily forgotten.  The European Forest Institute therefore wants to increase awareness among the general public and decision makers about the management and sustainability of Europe's forests - and promote their versatility, significance and social impact.

Therefore, from 2014 onwards, the European Forest Institute will grant the title of ‘European Forest City” to the city which hosts the EFI Annual Conference and which will be held this year in Bilbao.

To meet the EFI's original goal of increasing awareness of Europe’s forests, the city will be expected to include other forest-related activities for professionals and the general public in their programme for the year.

In recent years, the Works and Services Division have done a great job to improve the city's green spaces, expand them and encourage the general public to use them.  The European Forest Institute has taken into account, when awarding the title, the merging of the forests and peri-urban wooded areas into the urban fabric.  The institute rated that Bilbao and its metropolitan area have developed into a compact model, controlling their expansion towards the surrounding natural spaces, which has enable precious woodland to be preserved close to the city.

With this title, which Councillor Jose Luis Sabas received today, they want this endeavour to preserve a forest environment so close to the urban centre to be a source of inspiration for other European cities.

Background and evolution of green spaces in Bilbao

The history of Bilbao is closely linked to its mountains and particularly to its mountain par excellence, the Pagasarri, the most iconic and nearest to the city. Throughout history, it has been a source of food, wood, charcoal, stone and iron. Over the centuries, the timber from the Pagasarri forests was used to make charcoal, build houses and build ships. Between the 15th and 17th centuries, the boom of the iron & steel and shipbuilding industries increased timber consumption to the point that it led to the deforestation of the oak, beech, ash and holm oak forests.

During the 18th and 19th centuries, there was a widespread felling of the trees, due to the diseases attacking the oak and chestnut trees, along with the timber needed for the wars of that time.  Thus, by the end of the 19th century, Pagasarri was a bleak sight and there were barely any woodland left on its slopes.

Consequently, in the last two decades, the work of the City Council has focused on transforming the city, from its industrial past, into a sustainable city.  One such measure has been to enhance the natural areas, with the aim of harmonising urban development and caring for the natural environment in the municipal territory.

Life in Bilbao is marked by its characteristic rugged terrain, which offers the possibility of living within a stone's throw of the mountains and of enjoying the advantages of the natural environment. The City Council has made the most of this specific geographical feature by bringing the green spaces to the city's residents so that they could enjoy wooded areas and urban parks without needing to drive to them or travel long distances, and find a better work-life balance with green amenities within easy reach.

Bilbao’s range of green spaces, in whose maintenance half a million euros are invested annually, is made up of urban parks, with a total of 200 hectares divided into 21 parks, and wooded areas, which total 1,041 hectares divided in 5 areas (Artxanda, Monte Avril, Arnotegi, Pagasarri and Arraiz), which are in turn home to 18 recreational areas.

In recent years, the city council has worked hard to ensure that nearly 20 recreational areas divided among the wooded parks surrounding Bilbao (Artxanda,Monte Avril, Arnotegi, Pagasarri and Arraiz) offer a natural space for recreational purposes within the reach of all the people from Bilbao.

Thus, since 2006, the recreational areas have increased in size from 27 hectares to the 134 currently available, in other words, over, 1,340,000 square metres of recreational and usable areas fitted out with picnic areas, playgrounds, fountains, tables, barbecues, benches, information boards and other services.

As has already been indicated, the mountains of Bilbao had been practically stripped of trees down through history.  Therefore, major reforestation work needed to be carried out, as has been carried out in recent years, with 37,851 plantation units between 2007 and 2012, with native species of trees including:

And shrubs such as:

The "green beach" concept has been one of the new features of the new parks created. These are areas for those people who want to sunbathe and then cool down in the showers located there in summer. The San Antonio urban park, opened in 2010, is home to one of those with these beaches, which were created following the suggestions of local residents.

In keeping with its aim to make the mountains more accessible to the local residents, the City Council has laid the Bilbao Long-Distance (GR) trail, which bypasses the city centre and runs through the wooded parks of Artxanda, Monte Avril, Artxanda, Pagasarri and Arraiz, and make up a 71-km route ringing the urban area, including paths, roads and stress signposted with route references, places of interest and general information.

This GR can be accessed from the centre of Bilbao from any of the eleven side routes that lead to the main one. Eleven tracks have been designed that, starting from different points of Bilbao, link up with the GR in order to facilitate access to the Long Distance route. Some of these routes are suitable for occasional users and are relatively easy, while users need to be fit to complete others, particularly due to the gradient that they need to climb.

The aim of this Long Distance trail is to showcase the landscape and natural values of Bilbao, along with facilitating free-time and leisure activities, by offering balanced alternatives to access and use the city’s natural areas.

The GR has recently been internationally recognised and approved by the Spanish Federation of Mountain Sports and Climbing.