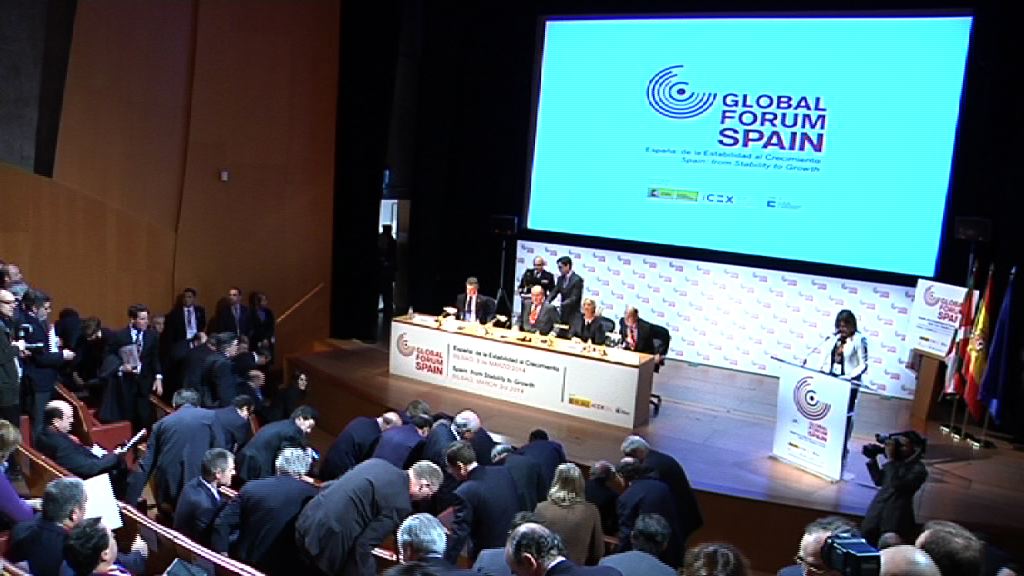 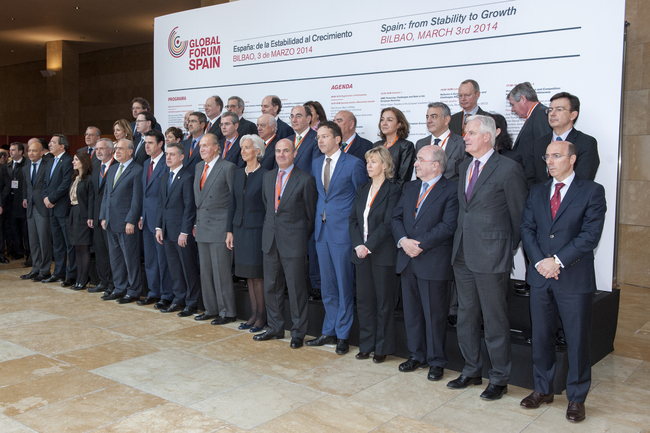 The Basque Government led by Lehendakari Iñigo Urkullu, the Basque Premier, has attended the Global Forum Spain where the Lehendakari argued for a triple commitment for a more “social and competitive” Europe. The Lehendakari defended the stimulus policies to achieve a “real” economic recovery, with special emphasis on youth employment. According to the Lehendakari, priority must be given to an effective response where the same emphasis is given to “bailing out employment” as to “bailing out banks”. As regards the latter, he called on those "bailed-out" banks " to "repay the public effort received" and to "oil" the economy by means of opening up the credit for companies.

Lehendakari Iñigo Urkullu presided the Global Forum Spain together with King Juan Carlos. The Basque Government's Minister for Economic Development and Competitiveness, Arantza Tapia, and its Minister for the Treasury and Finance, Ricardo Gatzagaetxebarria, also attended the forum, along with many economic and institutional representatives, including the Head of the IMF, Christine Lagarde, and the President of the Eurogorup, Jeroen  Dijsselbloem. Under the slogan "from Stability to Growth", the forum got underway at the Guggenheim Museum Bilbao this morning.

The Lehendakari explained that the Basque Country is currently at a "landmark moment to construct peace and coexistence, after ETA declared a halt for armed action”. He went on to explain that this will contribute to investment, growth and employment. Urkullu described the Basque Company as an outward-looking and industrial economy, with a deep-rooted entrepreneurial tradition. He also stressed the importance of the Basque Economic Agreement as a “key” tool in Basque economic development.