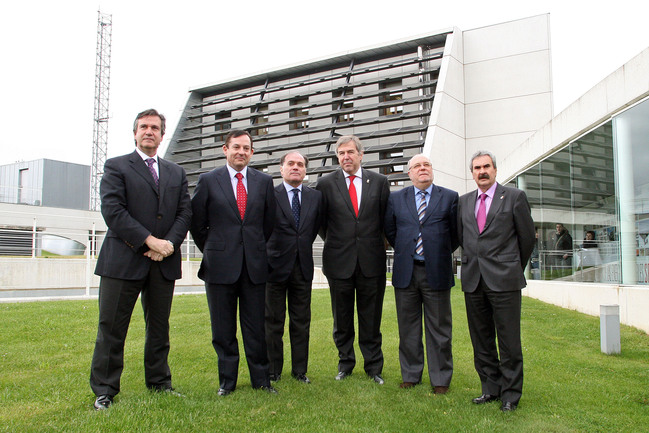 Following their first meeting in Bilbao in September 2009, regional Industry ministers from the Basque Country, Navarra, Cantabria, Castilla y León, La Rioja and Asturias had their second meeting in Pamplona

At the meeting, Unda presented two draft agreements concerning R&D and internationalization, two basic issues in the bid to increase competitiveness. The proposals are designed to encourage cooperation between businesses from the regions involved and also to develop a stable framework for the joint development of the northern regions of Spain. The proposals were very well received by the ministers from the other regions.

But the meeting also served for the ministers to find a lot other points the six regions have in common. For one thing, they all agreed that tension had eased in industry in 1Q and April, and most particularly in the last two months. A number of indicators reflected the improvement, including industrial and manufacturing production rates and the number of orders companies had received since the beginning of the year.

At the same time, regional ministers were clear about the fact that uncertainty generated by the international economic crisis had not disappeared. The improvement in economic indicators needed to spread in the near future to financing and consumption levels, so that any upswing would also help to create jobs. anti-business cycle policies were also needed to improve company competitiveness in general.

A working group set up by the ministers also looked at the energy situation at national level and the changes suggested by the Spanish government in policy, mostly to do with the electricity generation industry.

The six regional ministers said they were particularly worried about the future of renewable energy sources. Asturias, Cantabria, Castilla y León, La Rioja, the Basque Country and Navarra agreed that the energy, industrial, labour and economic strength of the sector in the Spanish economy as a whole today should not be weakened.

All the ministers argued that national energy policy needed to take account of regional positions and attitudes. They also stressed that the cost of energy was a key factor in business competitiveness, making it a strategic feature that could not be valued too highly by the authorities when managing their energy policies. This would help local firms to compete in the same conditions as businesses from neighbouring countries.

Apart from these issues, Bernabé Unda called for a stable framework for cooperation between the six regions on innovation and foreign trade. Joint work on such a framework is set to start shortly.