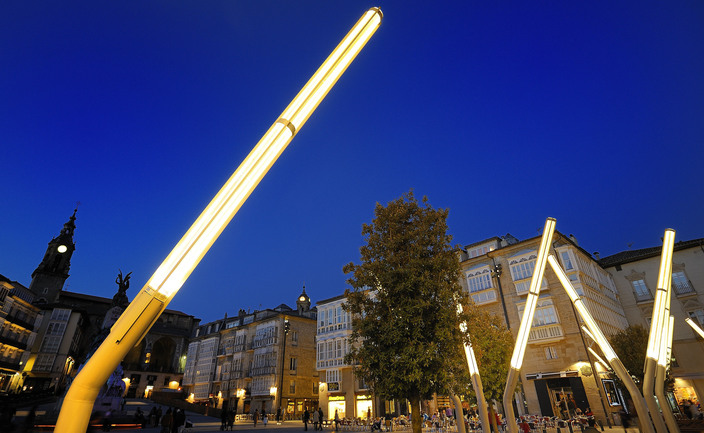 • The Basque Government provided €30,000 to back the successful bid, announced today, to position Vitoria-Gasteiz within the Euskadi Gastronomika strategy, where nearly 800 partner companies are getting ready to receive the visitors wanting to visit the gastronomy capital.

• Being the gastronomy capital is an opportunity to showcase Basque gastronomy in general and Vitoria-Gasteiz as a wine and culinary destination, which is already proving to be a high successful way to attract tourists to Rioja Alavesa.

The Basque Government welcomed the choice of the capital of the Basque Country, Vitoria-Gasteiz, as the Gastronomy Capital 2014, as it is an opportunity to intensity the promotion of something, gastronomy, that is so part of our culture, and to consolidate the promotion of Vitoria-Gazteiz as a tourist destination.

The Government provided €30,000 to back this initiative, as our culinary heritage is an attractive tourist strategy, which is already being implemented throughout the Basque Country, in its capitals, its regions, thanks to products such as "Euskadi Gastronomika", as Euskadi Basque Country is already a culinary benchmark worldwide.

Showcasing our culinary heritages provides many options to attract tourists, who apart from enjoying from a first-rate wine and gastronomy experience, will stay in Vitoria-Gasteiz, take in the cities and places of the Basque Country, "consume" culture and make time to go shopping in the city. Vitoria-Gasteiz is also thus positioned as a wine and culinary benchmark, which is already proving to be a high successful way to attract tourists to Rioja Alavesa.

That product entitled "Euskadi Gastronomika" is aimed at positioning the Basque Country as a wine and culinary benchmark worldwide, is already being implemented in the Basque Country, and Vitoria-Gasteiz within the plan.
The Basque Government is driving wine and culinary tourism through this initiative, to which nearly 800 companies from 16 regions have already signed up Therefore, Vitoria-Gasteiz, and the whole Basque Country, are more than ready to successfully play this role and delight everyone who visits us when the city is the Gastronomy Capital.