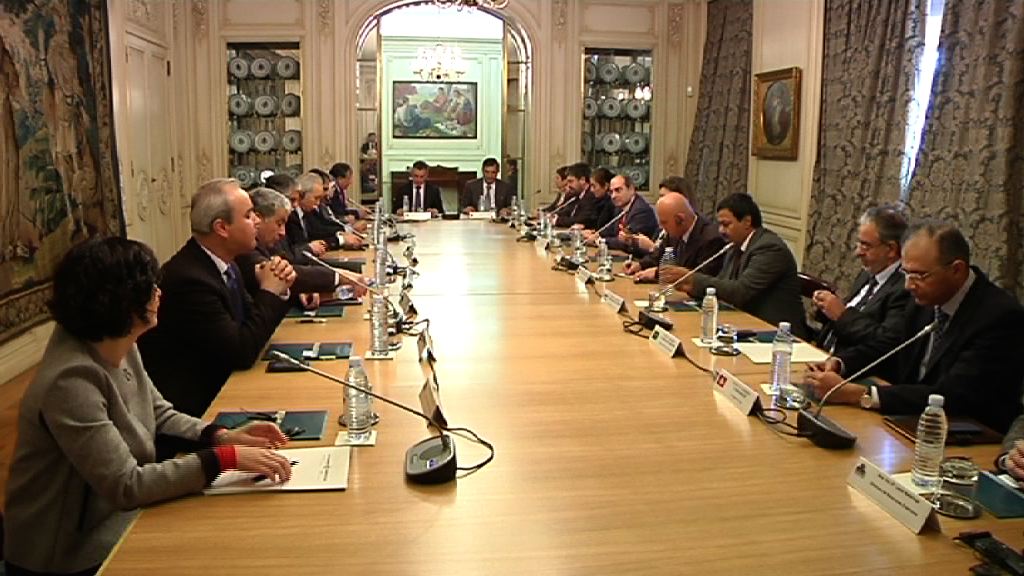 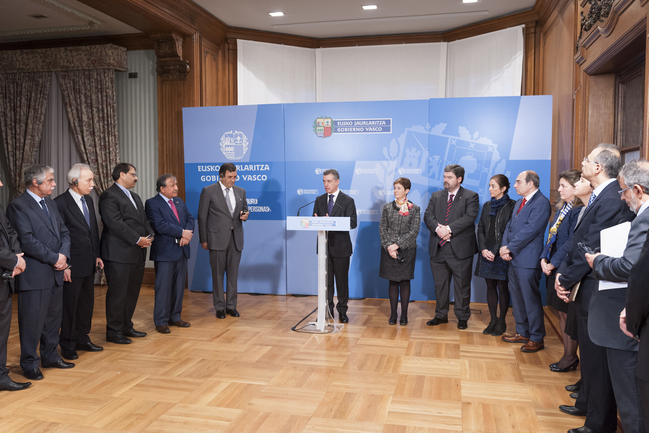 This morning, Lehendakari Iñigo Urkullu, the Basque Premier, met with the 18 representatives that make up the Council of the Arab League. The Arab League ambassadors were received at the Artaza Palace, followed by a meeting that forged closer links between the Basque Country and Arab countries.

During his speech, the Lehendakari stressed that the commercial relations between the Basque Country and those countries have grown in recent years and he pointed out that the Basque Country is a good place for investment thanks to the economic recovery policies being implemented. He also highlighted the internationalisation capacity and endeavours of Basque countries.

It is the Council of the Arab League's first visit to the Basque Country. In addition to this morning's session, the Lehendakari has already held 57 meetings with different ambassadors from around the world, along with the official visits of the President of Uruguay and of the Prime Minister of Peru to the Basque Country.

During the two-day visit by the ambassadors of the Arab League to the Basque Country, they will also meet with the speaker of the Basque Parliament, Barkatxo, Tejería. They will hold different meetings with local representatives of Bilbao, in order to analyse the urban development model of the capital of Bizkaia, and with Basque sectoral and business organisations, such as Confebask, the chambers of commerce or Azti.

In economic terms, Basque company exports to the countries making up the Arab League stood at nearly 982 million euros in 2012, which accounted for 4.68% of the total Basque exports. Furthermore, the commercial relations between the Basque Autonomous Community and Arab countries have clearly been consolidated in recent years, proof of which can be seen in the increase in Basque exports to Saudi Arabia and to the United Arab Emirates or the significant rise in imports from Iraq.

The Council, that will be visiting the Basque Country from today, is made up of ambassadors to Madrid from Algeria, Palestine, United Arab Emirates, Egypt, Mauritania, Yemen, Sudan, Libya, Lebanon, Iraq, Qatar, Kuwait, Saudi Arabia, Jordan, Oman, Tunisia and Morocco. Representatives of the League of Arab State were also at the meeting along with the ambassadors.