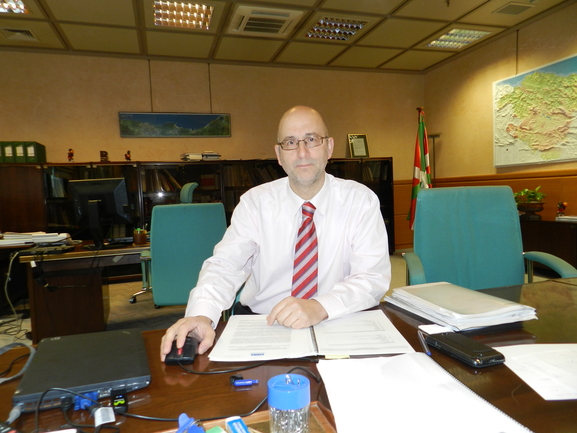 • Warsaw, Deputy Minister Galera will speak at the meeting of the Network of Regional Governments for Sustainable Development

The 19th session of the Conference of the Parties (COP 19) of the UN Framework Convention on Climate Change of the Kyoto Protocol, will be held in the capital of Poland, Warsaw, between the 11 and 22 November. Government delegations, including the Basque Government one, will be attending, along with representatives of trade and industry, environmental organisation, research institutions and the media.

The Basque Country has actively participated in the different COPs organised by the UN. At the current one, the Basque Autonomous Community will showcase the achievements since the implementation of the Basque Climate Change Plan 2008-2012. The Deputy Minister for the Environment will conduct the presentation at the meeting that the Network of Regional Governments for Sustainable Development (nrg4sd) will hold parallel to the climate summit.

Compliance
"As of today, the Basque Government has complied in the period set by Kyoto (2008-2012) with the two targets established in the Basque Plan to Fight against Climate Change: to contain emissions under +14% with respect to the baseline year and achieve an absorption rate over +1%. These targets have been achieved in a growth context of GDP of 71% with respect to 1990. The efficiency of the BAC (in terms of emissions per GDP) has increased by 42% since then," stressed Deputy-Minister Galera.

The Director for the Natural Environment and Environmental Planning, Amaia Barredo, will also be part of the Basque delegation at this international meeting. Both will hold multilateral contacts with other European government through the Nrg4sd network and The Climate Group, initiatives where the Basque Country is an active member.

As Deputy Minister Galera pointed out, during the application period of the Basque Plan to Fight against Climate Change, "measures have been implemented to reduce emissions by means of fostering cogeneration, applying efficiency measures in the industry, developing tools to encourage sustainable transport and land use planning. Legislation and grants have been approved for home efficiency, progress has been made in sustainable forestry, fishing and agricultural management, and urban waste management has been improved, both by containing generation and by increasing recycling and improving landfill management".