The Government is prioritising increasing the budgetary headings for social policies (19.7%), education (5%) and health (2.7%) 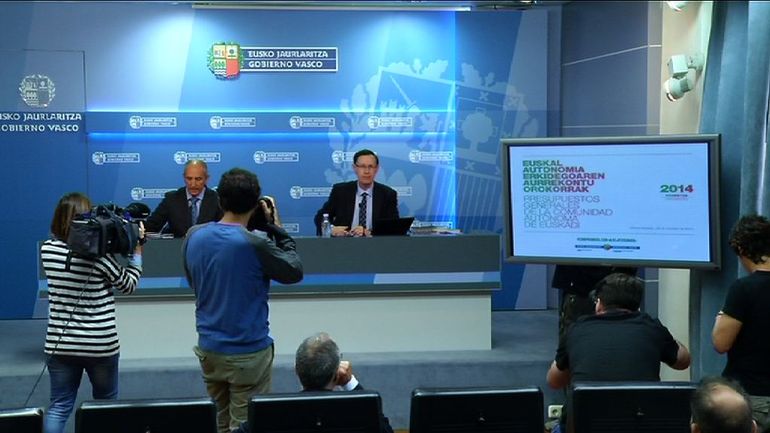 The Cabinet of the Basque Government has today approved the 2014 Draft Budget worth a total of 10,215.5 million euros. This amount is 9.6% (898 million) up on the 2013 Draft Budget. During the press conference following the Cabinet Meeting, the Minister for the Treasury and Finance, Ricardo Gatzagaetxebarria, stressed that the Basque Government has prioritised the areas of Employment and Social Policies, Education and Health when increasing the resources. He also emphasised the hike in investments in order to kick start the economy and drive job creation. Gatzagaetxebarria pointed out that the budgets are linked to the economic situation and the Minister then explained that the "Basque Country is bottoming out of the economic recession" and that the forecast is for "modest, weak and slow" growth over the coming years.

Gatzagaetxebarria explained that the Department for Employment and Social Policies is the one with greatest growth 19.7%), mainly down to the headings earmarked to fund the Income Support (Renta de Garantía de Ingresos - RGI) and Housing Benefit ( Prestación Complementaria de Vivienda - PCV). The Department for Health is up 2.7% and Education, Linguistic Policy and Culture by 5% (130 million) This Department will offer more grants.

The Minister for the Treasury and Finance explained that despite the increase of 900 million euros for this project compared to 2013, the Basque Country will have to face higher debt repayments. If the repayments stood at nearly 200 million euros in 2013, they will be 538 million in 2014. Thus, as Gatzagaetxebarria explained, the "real" growth in spending in the 2014 Draft Budget is 561 million euros, not taking into account the debt repayments.