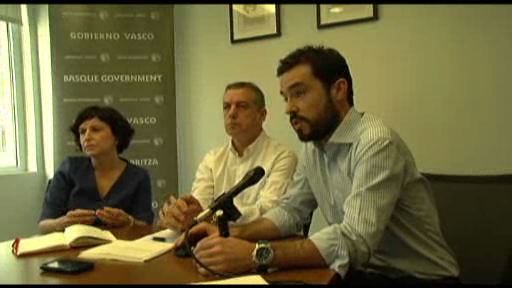 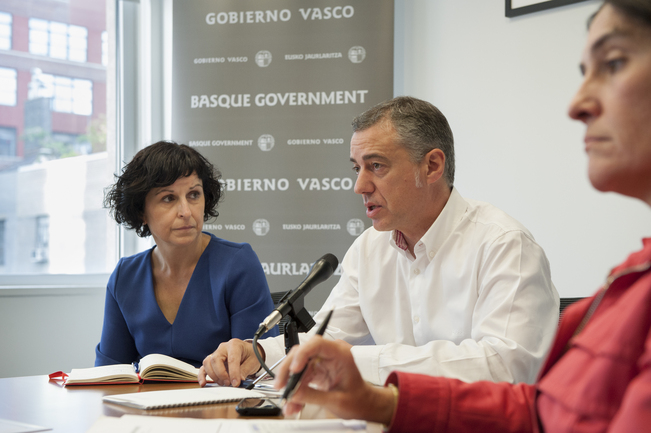 On his last day in New York, Lehendakari Iñigo Urkullu, the Basque Premier, assessed the institutional trip to the United States “very positively” and rated all the political and economic encounters held, along with the cultural meetings and events as “very productive”.

During an appearance before the media and accompanied by the Secretary General for External Action, Marian Elorza, by the Director for External Relations, Leyre Madariaga, and the Basque Country Delegate in the United States, Ander Caballero, the Lehendakari went over all the meetings in detail and considered that the Basque Country Strategy had been able to be developed appropriately in several of its spheres: institutional external action; economic development and the internationalization of Basque companies; the outreach of the Basque culture abroad, and the relations with the Basque community abroad.

The Lehendakari explained that the main objective of the trip has been met: to disseminate internationally “the new reality that we are experiencing in the Basque Country”. “An exciting reality, a nascent time of peace, driven by a desire to continue consolidating Peace and Coexistence".

The Lehendakari thus stressed the willingness to collaborate of the United States Institute of Peace and expressed his gratitude for the contributions that both the Institute and different US universities have made to the Coexistence and Peace Plan. Furthermore, he recalled the laying the trunk of the Gernika old oak tribute at the 9/11 Memorial and said that that centre reflects "a good way of constructing remembrance, constructing life, from where there had been desolation".

The Lehendakari expressed his regret that the shadow of terrorism had for many years “prevented the light of the reality of our country from shining through: the action of our companies that were opening up the way, the work of the delegations or the activity of the Diaspora,” he added. In contrast, as he has explained, in all the meetings held, and more specifically with the US members of Congress and Senators and with the State Department, he had noted great curiosity and a desire to delve further to learn about the new Basque reality. “We can say with pride that the Basque Country generates curiosity and we welcome it”. “Our lobby concept is to create a current favorable to Basque interests in all spheres,” he explained.

As regards the internationalization of Basque companies, he wanted to highlight the work meeting that he held with the companies based in the United States, along with the visit to Milwaukee City Council and to the Ingeteam plant located there. The Lehendakari ratified the commitment of the Basque Government to continue providing the necessary support in their internationalization strategy.

In the academic sphere, he referred to the Basque Country 2020 project showcased to a group of university experts at Colombia University, with minimum poverty indexes and unemployment rate, with a high level of wellbeing and having exercised the right to decide for greater self-government. Iñigo Urkullu wanted to stress that the Basque Government's objective continues to be for the Basques to be able to exercise that right in 2015.  "My objective would be for it to be turned into reality at that date, and I am working for it," he stressed.

On the other hand, the Lehendakari wanted to stress the good atmosphere during the meeting with the executives of the Solomon R. Guggenheim Foundation, where all the parties made clear their readiness and desire to renew the agreement the following year.

Finally, the Lehendakari congratulated all the Euskal Etxeak Basque centers and, in general, the whole Basque community abroad, for the great work they are doing to keep their roots alive and expressed his gratitude for the welcome at the acts to celebrate the Centennial of the NY Euzko Etxea.