The Lehendakari announces the setting up of the Global Basque Network, a network of Basques in the world 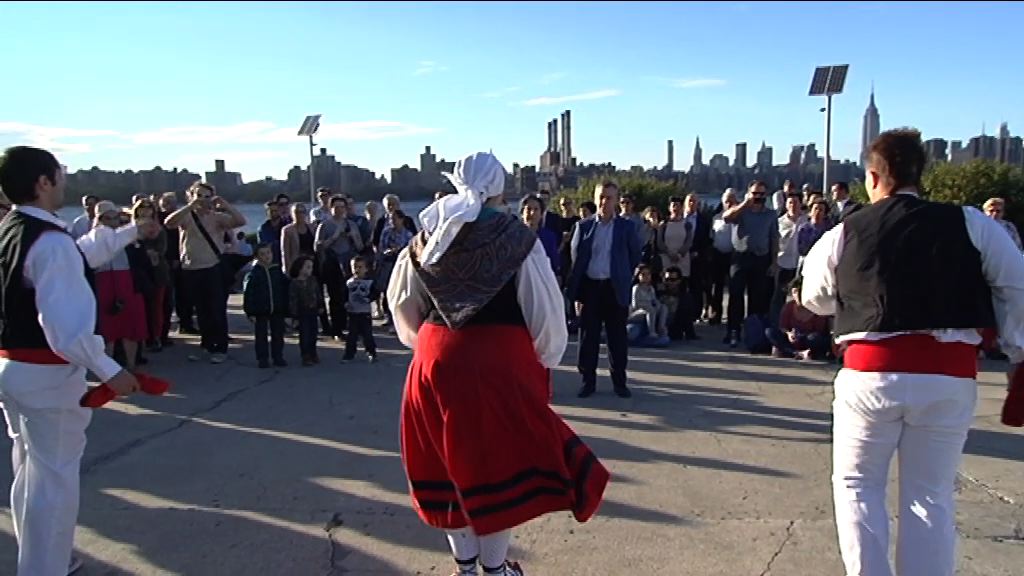 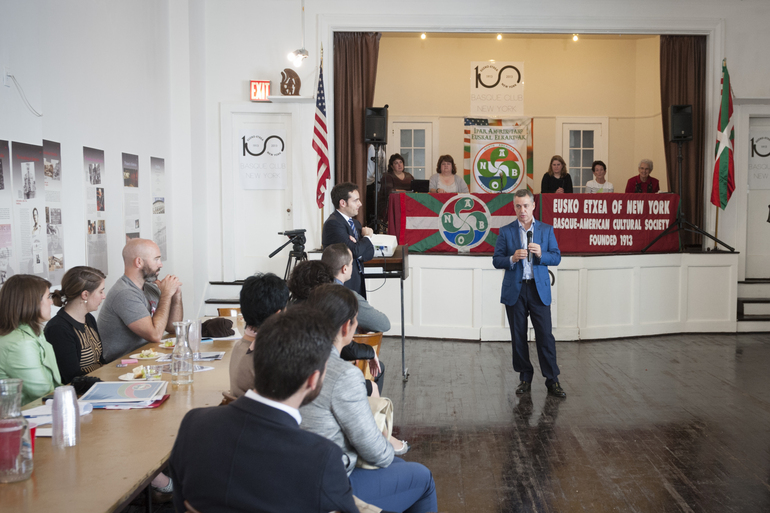 Download photo
Embed image
Download photo set (zip)
The Lehendakari announces the setting up of the Global Basque Network, a network of Basques in the world Source: Irekia

The Lehendakari, Iñigo Urkullu, closed the autumn meeting of the North American Basque Organizations (N.A.B.O.) where he provided news about the creation of a network of Basques in the world called the Global Basque Network, with the aim of putting all the Basques who for different reasons live or work outside the Basque Country (students, businessmen, aid workers, professionals, etc.) in touch with each other. Historically the Basque community abroad has been organised around the Diaspora and the Euskal Etxeak. The Government now wants to take a step further.

This initiative is envisaged in the Government Programme for this term in office and it is planned to set it up during 2014, through the External Action General Secretariat. The first task will be to identify and create an updated register of Basques or Friends of the Basques who wish to form part of this initiative. The aim of the network will be to publicise the Basque Country and its potential all over the world, and it will provide a hub for all those people who, despite the fact that they don’t live in the Basque Country, want to keep their roots alive.

The Lehendakari explained that the first meeting of this organisation will be held within a year. He informed the representatives of the Euskal Etxeak of this at the meeting of the North American Basque Organizations (N.A.B.O.) in New York to mark its 40th anniversary.

The Basque Government delegation headed by the Lehendakari ended its fourth day at the meeting of the Federation of Euskal Etxeak held in New York. The NABO was formed in 1973 with the purpose of helping its member organisations to provide mutual help in pursuing the same aim: keeping Basque culture and identity alive. To mark its 40th anniversary they came together in New York where the Lehendakari stressed the need that, “The Basque Country, now more than ever, needs all the Basques all over the world”.

Once the meeting of the N.A.B.O. was over, the Lehendakari attended a display of Basque dancing by the Urki group from Andoain and a performance by the San Antonio de Irabalarri choir from Bilbao, in Brooklyn in New York.