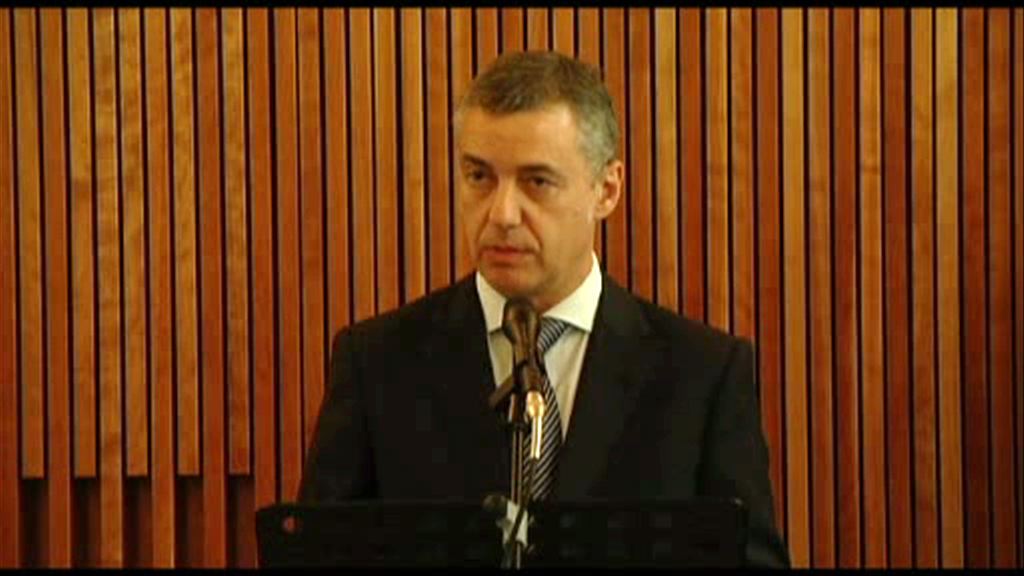 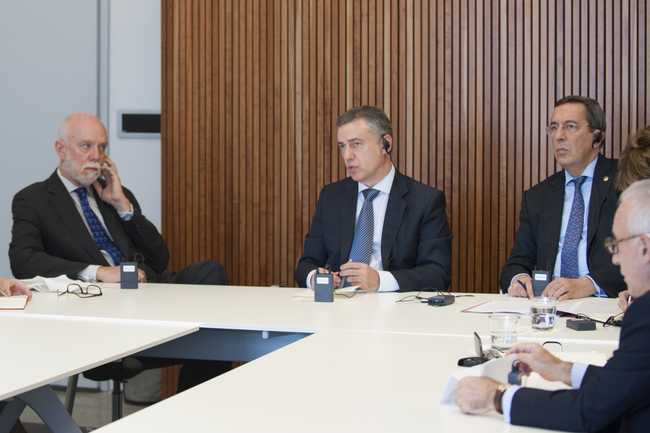 The Lehendakari has ratified the desire of the Basque institutions to continue with the management agreement in place with the Solomon Guggenheim Foundation during the meeting he held with the Foundation's managers at its New York headquarters. The Chairman of Bizkaia Provincial Council, José Luis Bizkaia, and the Director of the Guggenheim Museum Bilbao, Juan Ignacio Vidarte, were also at the meeting. They all stressed their firm commitment to continuing with the Guggenheim Bilbao project, whose agreement is coming up for renewal for a further 10 years in December 2014.

“We want to renew the commitment, we are clear about that,” emphasized Iñigo Urkullu at the end of the meeting with the heads of the New York foundation and museum.  He likewise pointed out that the Basque Government and Bizkaia Provincial Council are working as a team to renew the agreement within a year.

“The Guggenheim project has not been a passing whim," said Iñigo Urkullu, who considers that the Guggenheim Bilbao is a successful project that “has reached maturity” and has the “firm backing” of the Basque institutions, the private patrons, the Friends of the Museum network and the general public.

He then highlighted that the Basque art gallery has become internationally renowned and that has strengthened the profile of the Basque Country. "In 20 years, the Basque Country has managed to increase its fame and standing. We have managed to double the number of tourists visiting our country and this achievement owes a great deal to the appeal that the museum has around the world," he concluded.