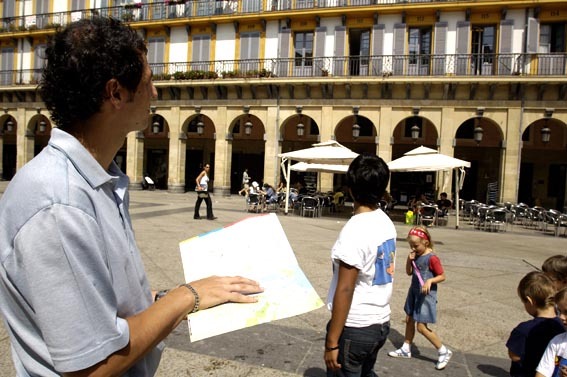 There were 161,885 visitors registered in the hotel establishments of the Basque Country in March 2010, 18,000 up on the same month of the previous year, in other words, a 13% increase, according to Eustat data. The number of visitors rose by 24% in Álava, 17% in Gipuzkoa and 6% in Bizkaia.

With regard to the visitors from within Spain, the greatest increase in the percentage of visitors was from the Madrid, Galicia, Asturias, Catalonia, Castilla y Léon and the Canary Islands, while only those from Andalusia, the Balearic Islands, Cantabria and Ceuta & Melilla fell in number. There was an increase in the number of foreign visitors from France, Belgium, Germany, the United Kingdom and Central and South America, while there was a drop in the number from Finland, Italy, Greece and Portugal.

Registered overnight stays in March 2010 totalled 289,054, which was 10% up on the same month of the previous year, in other words, there were 25,000 more overnight stays. The year-on-year performance of overnight stays was positive in the three provinces: they rose by 21% in Álava, 16% in Gipuzkoa and 2% in Bizkaia.

The number of visitors was up by 15% and of overnight stays increased by 5% in the Basque Country, compared to March 2009

There were 21,721 overnight stays in rural tourism establishments in the Basque Country in March, which was 5% up on the same month of the previous year, with year-on-year positive growth being recorded in the three provinces: The numbers increased by 15% in Bizkaia, 3% in Álava and 2% in Gipuzkoa.