The Basque Country, "the Country of a million chefs" 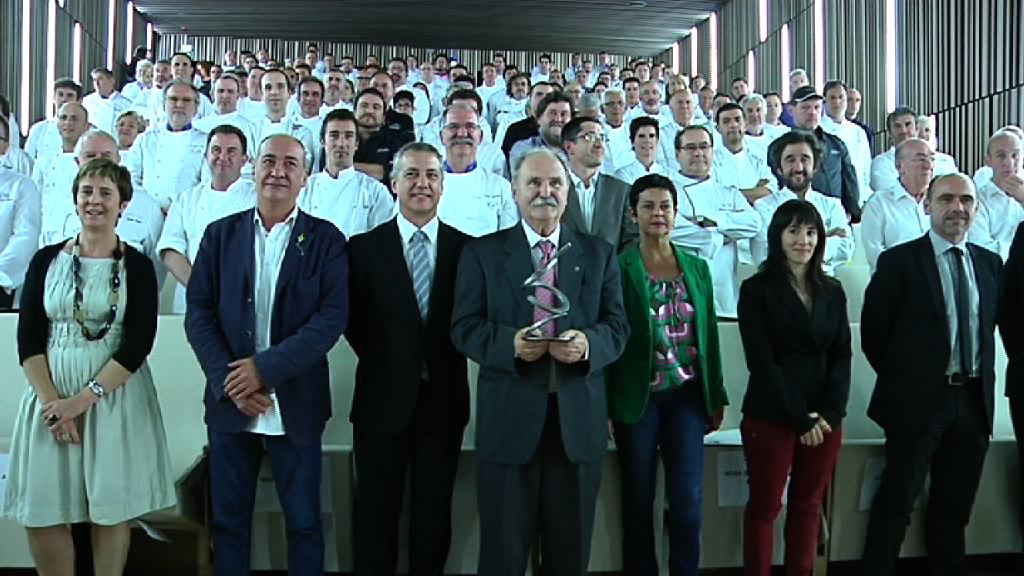 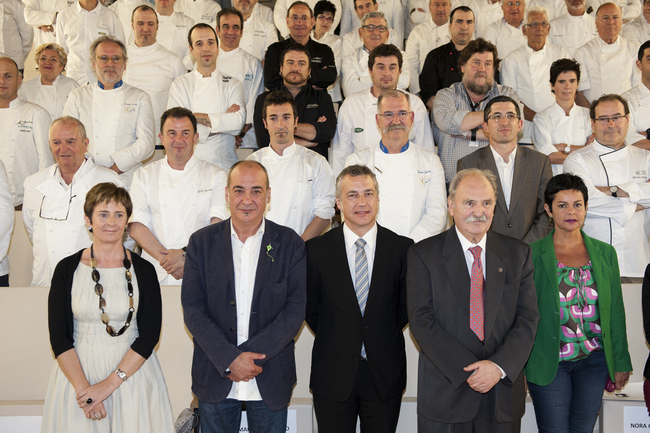 Lehendakari Iñigo Urkullu, the Basque Premier, has stressed that "our gastronomy is the showcase of our country" and is clear that the Basque Country has to opt to invest in the hospitality sector. The Lehendakari pointed out that the values embodied in gastronomy "are the ones that we want for our people". Such values include an emphasis on team work, prioritising raw materials or personal service and attention. They are values that, according to the Lehendakari, "the Basque People are noted for" and he went on to explain that "politics needs".

Lehendakari Urkullu was speaking at the culinary symposium held at the Basque Culinary Centre in Donostia-San Sebastián, where he was accompanied by the Basque Government Minister for Economic Development and Competitiveness, Arantza Tapia. He was surrounded there by hundreds of famous Basque chefs who are icons of the evolution of Basque cuisine. Juan Mari Arzak, Martin Berasategi, Pedro Subijana, Andoni Luis Aduriz and the director of centre, Joxe Mari Aizega, were among the chefs at the event.

During his speech, the Lehendakari wished to stress the importance of the Basque Culinary Centre. "Nobody doubts that the Basque Country needed this centre," stressed Urkullu, referring to the deep-rooted culinary tradition to be found here. The Lehendakari also took the opportunity to praise the chef Luis Irizar, "the chef of chefs", he explained. Urkullu went on to say that "thanks to professionals of the ilk of Luis Irizar, the hospitality procession has become great in the Basque Country".