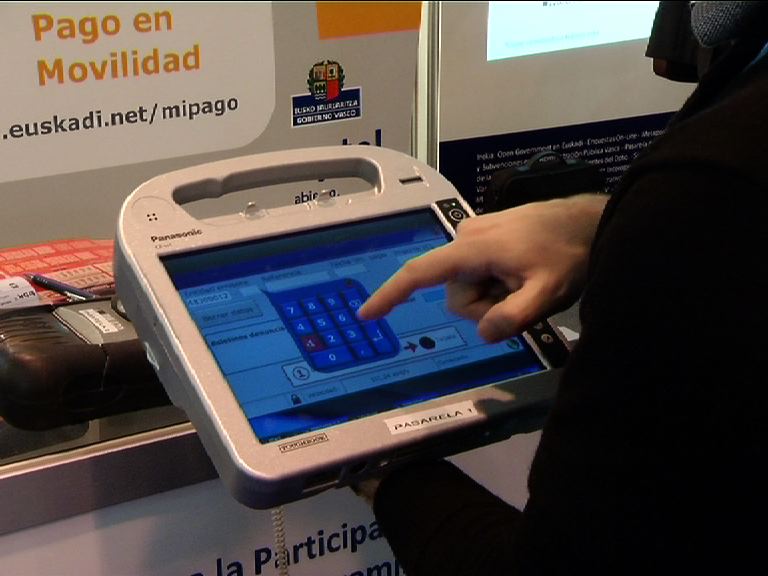 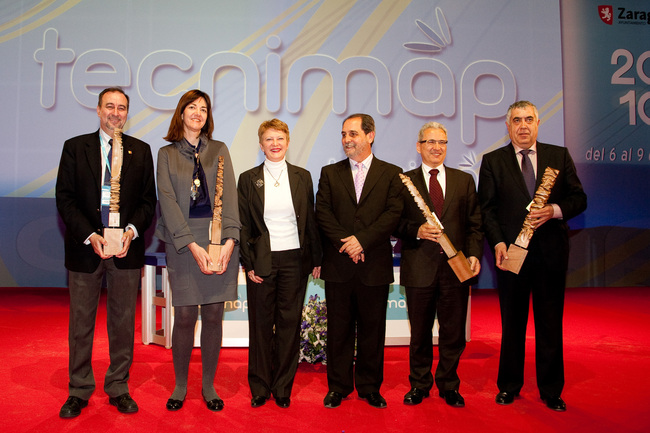 The Regional Minister of Justice and Public Administration highlighted the 24 "innovative" projects that the Basque Country is showcasing at this trade fair and, above all, the opening up of public data through the Open Data portal

The Regional Minister of Justice and Public Administration, Idoia Mendia, visited the stand this morning that the Basque Government has at the TECNIMAP Technological Fair in Zaragoza. Mendia stressed that the 24 projects exhibited by the Government are "very interesting and innovative". In particular, she highlighted the Open Data portal, up and running since yesterday and which offers free and unlimited use of public data. The Basque government is the first in Spain and the third in the world, after the Obama and Brown governments, to open up public data to citizens. "We hope that many business projects will soon emerge from this portal so that this wealth can benefit our citizens," she pointed out.

During the second day of the TECNIMAP technological fair, the Basque Government stand has been extremely busy with many speakers and interactions with the visitors interested in some of the 24 projects that the Gasteiz authorities are showcasing in Zaragoza during the fair. The Regional Minister of Justice and Public Administration, Idoia Mendia, also visited the stand where the 24 projects that reflect the commitment to innovation are on display for the public. Eight of them will be explain in detail by the speakers, and the Pasarela de Pago Móvil (the Mobile Payment Gateway) has been nominated for one of the prizes for the application of information technologies to improve public services.

Regarding this project, Idoia Mendia explained that it is the project that "is most in tune with what the new Basque Government wishes to transmit to the citizens, transparency and openness". The Basque Government's new Open Data portal has been up and running since yesterday and the citizens can go in and enjoy unlimited use of the public data available. "We hope that many business projects will soon emerge from this portal so that this wealth can benefit our citizens," she pointed out.

The Regional Minister recalled that the Basque Government is the first in Spain and the third in the world, after Obama and Gordon Brown's administrations, to open up public data to be reused by the citizens.

The projects with a speaker at the 11th Conference on Information Technology for the Modernisation of Public Administration are Irekia, Electronic Public Procurement, Digitalisation of Grants and Subsidies, Interoperability with Notaries, Dokusi, Open Data Euskadi, Eustat Online Surveys and Biodiversity Information System. On Thursday, Iñaki Ortiz, the Basque Government's Director of Innovation and E-Government, will moderate the Social Networks and E-Government, a round table where Alberto Ortiz de Zárate, Director of the Citizens Advice Bureau, will also be taking part.

Two of the most important seminars involving the Basque Government, including Irekia, will be held at 9.00 and 10.00 am on Friday morning and will be broadcast live on this website.