The Lehendakari discusses with Barroso his Government plans, his commitment to the Union and the need for stimulus policies 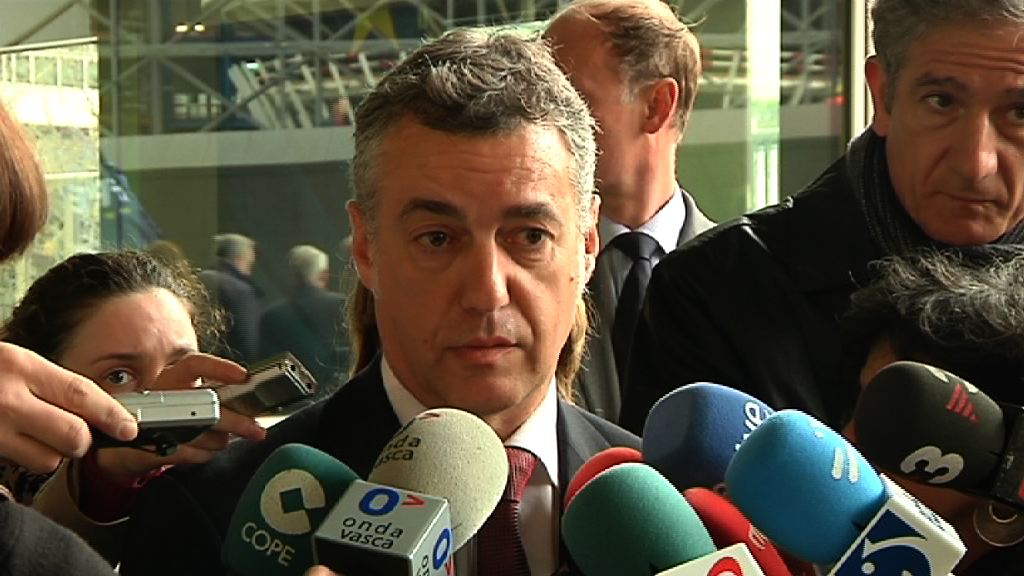 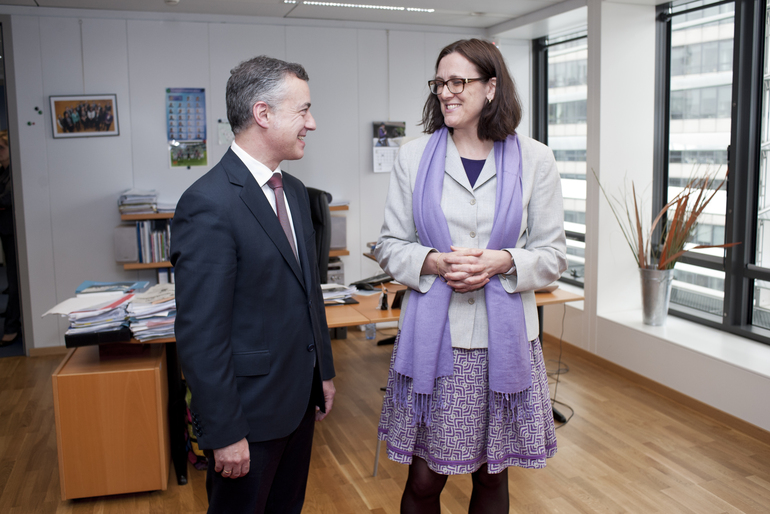 The Lehendakari has embarked on his foreign agenda with a round of contacts with high-ranking representatives of European institutions.

Lehendakari Iñigo Urkullu, the Basque Premier, embarked on his first foreign mission with a work meeting with the President of the European Commission, Durão Barroso.

The meeting marked the start of a series of meetings with high-ranking representatives of European institutions, in order to showcase the Government Programme and the proposals of the Basque Country to address the current European political, social and economic challenges.

During the hour that the meeting lasted, the Lehendakari outlined for the President of the Commission the main lines of his government programme for the coming term of office. He stressed that the current priority is to deal with the crisis and create employment. He therefore pointed out that he was convinced that the Basque Country meet the conditions regarding the Smart Strategy that the European Commission is advocating in its documents as a model for growth for the coming years. He also stressed the efforts being made to uphold the main policies in order to safeguard the welfare society as the same time as meeting the public deficit targets.

On this point, he stressed that reflecting the deficit targets for the coming years would help meet that target and start the long-awaited recovery of the economy. He then went on to stress how important it was to combine fiscal discipline policies with stimulating growth.

In this respect, the Lehendakari presented Durão Barroso with the policies approved in the Basque Country to boost employment and the activity of small and medium-sized companies.

He likewise stressed the Basque commitment to the European integration process. Thus, after recalling the participation of representatives of the Basque Government in exile at the Hague Congress, he stressed that the Basque Country sought to contribute to European integration by means of consolidating the Atlantic Corridor, to give one example. In addition, he expressed his belief that the Union knows how to respond to the needs of European citizens and thus recover the previous spirit of integration. The search for this European affinity will need the support of all the peoples of Europe irrespective of the fact that the Union is made up by Member States.

The Lehendakari and the President of the Common ended by discussing the new era of openness in the Basque Country as the result of the end to violence announced by ETA in October 2011. The Lehendakari asked about the role played by the European Commission in other similar processes such as Northern Ireland or by the PEACE initiative for the coming years.

The President of the European Commission positively rated the proposals of the Lehendakari in favour of budgetary consolidation and protecting social welfare, by maintaining investments in health, education and opting for high-quality employment, based on sustainable development, cohesion, innovation and creativity.

After the meeting with President Barroso, the Lehendakari met with the European Commissioner for Home Affairs, Cecilia Malmstrom, whom he had previously meet in 2010 when the Lehendakari was leader of the Basque National Party.

The Lehendakari explained to the Commissioner the need to build peace and the future of the Basques on sound foundations.

The Lehendakari outlined for the Commissioner the principles behind the Peace and Coexistence Plan envisaged by the Government Programme. He also expressed his interest in the contents of the Victims Community Directive and they likewise disused the European Commission's perspective regarding the aforementioned Plan and the programmes and initiatives covering peace, victims and reintegration of prisoners, along with points of restorative justice.

The Lehendakari also addressed with the Commissioner the importance of opening up the way for the participation of the Basque Country in the current PEACE programme (EU programme in favour of peace and reconciliation applied to Northern Ireland), by adapting it to Basque needs.

The Commissioner expressed her willingness to work with the Basque Government in programmes related to Peace and Coexistence in the Basque Country.

The Lehendakari and the Commissioner discussed the growth policy at a time of austerity included in the government programme, along with the main challenges that Europe must face to recover from the crisis.

They also considered the employment policies recently introduced by the Basque Government and analysed the forecasts for the coming months.

The Lehendakari also asked about future guidelines in the sphere of State aid policy in the forthcoming European programming period.

They ended by going over the status of the main State aid dossiers still active that affect Basque public institutions. In that respect, they congratulated each other of the positive evolution of those dossiers and the fewer number of such cases at present compared to past five-year periods.